This country needs a few good Republicans — one more would do — to rescue it from Betsy DeVos, one of President Trump's worst cabinet choices and his pick to run the Department of Education.

The vote to confirm Ms. DeVos is expected as soon as Monday, and the Republican senators Lisa Murkowski of Alaska and Susan Collins of Maine now say they'll vote against her, citing hundreds of calls they've received from furious voters.

The result would be a tie that Vice President Mike Pence would break in Ms. DeVos's favor.

The extra Republican vote could come from one of several independent-minded senators; one candidate is Lamar Alexander, an expert on public schools who actually owes the country a good turn because of his failure as chairman of the committee vetting Ms. DeVos to question her closely and to give more time to her critics.

There are few more telling examples of Mr. Trump's disdain for the federal government's critical role in lifting up America's schoolchildren than his choice of Ms. DeVos. She has spent years funneling her inherited fortune into a campaign to replace the nation's traditional public schools with federally funded charter schools, regardless of the latter's performance, and supporting vouchers, which help families send children to private or parochial schools and drain funds from public schools that need more, not less, support.

Mr. Alexander didn't give senators much time to question Ms. DeVos, but it was sufficient to reveal her near-total unfamiliarity with public education law, standards and even problems.

A conservative ideologue, she fell back on most policy questions to an assertion that states should make their own rules, even on settled matters of federal law, like access for handicapped children.

She robotically refused to answer whether she would hold charter schools and other public schools equally accountable.

She drew national ridicule when she rejected the notion of gun-free zones around schools, saying guns might come in handy for shooting "potential grizzlies" — an answer delivered to Senator Chris Murphy of Connecticut, where the Sandy Hook shooting occurred.

Betsy DeVos's nomination is not about making public education more effective, or helping publicly schooled children succeed; it's about blowing up the system without a clue as to what comes next.

Mr. Alexander was secretary of education himself, from 1991 to 1993, and he ran for president twice, speaking out against the influence of money in politics. And while he went way easy on Ms. DeVos in the hearings, he surely knows better than to place her in a job of such importance to the country's future.

There are other bad cabinet nominees with credentials as dubious as Ms. DeVos's whose possible ascension to high office should terrify any thoughtful Republican.

Among those for whom final votes have yet to be held are Scott Pruitt, Tom Price and Steven Mnuchin, Mr. Trump's picks for the Environmental Protection Agency, the Department of Health and Human Services, and the Treasury.

Mr. Pruitt, who as Oklahoma attorney general repeatedly sued the agency he would now lead, showed his contempt for the Senate by repeatedly telling senators to go get the answers they wanted themselves, by filing records requests with the state of Oklahoma.

Mr. Price has shown incredibly poor judgment by investing in health care stocks while writing and promoting legislation that would benefit those investments.

Mr. Mnuchin, a Trump fund-raiser and financier, failed to disclose $100 million in personal assets as well as his role in an investment fund registered to an offshore tax haven.

The Senate's constitutional duty to "advise and consent" on presidential nominations was intended by the founders to counter the wrong-headed populist impulses of the House. Voters should remind Republican senators that if they surrender to Mr. Trump on appointees so clearly unfit, they will be relinquishing a historic obligation and tarnishing themselves.

Addendum. How do we stop DeVos and others.

"I have heard from thousands, truly, thousands of Alaskans who have shared their concerns about Mrs. DeVos," Murkowski acknowledged, before announcing that "I do not intend to vote on final passage to support Mrs. DeVos."

Murkowski had, indeed, heard from "thousands, truly, thousands of Alaskans" who expressed opposition to the DeVos nomination—voicing particular concerns about the Trump pick's support for school privatization and school "choice" schemes, and about the threat her approach poses to rural schools.

Demanding that Murkowski vote against DeVos, protesters stood outdoors holding signs and chanting, "Stand up for Alaska," "Public funds for public schools," "Lisa, you know better," and "We need educators, not billionaires." Many also stood in a line that snaked inside Peterson Tower on L Street, waiting to take one of the elevators six floors up to Murkowski's office where they wrote down their comments to the Republican senator.

"Her myopic focus on working to move public school funding to private, for-profit and religious schools is not where attention needs to be focused at the federal level," the group argued.

Teachers, parents, and students contacted Murkowski's office, urged on by Great Alaska Schools and teachers unions in the state. Even after the Health, Education, Labor and Pensions Committee vote, National Education Association–Alaska president Tim Parker told members to keep contacting Murkowski's office "to voice your concerns about Ms. DeVos' lack of public education experience and qualifications to be Secretary of Education."

"So many of you are watching this nomination closely because you know what is at stake," wrote Parker. "As public school educators, we are all advocates when it comes to our students' future. We know what is at stake for them. We know they only get one chance to grow up and receive the best public education we can provide."

Parker was right, as were the other activists who kept pressuring Murkowski.

Murkowski's staff estimated that roughly 30,000 calls came into her offices over the past week. The senator told ADN that "her offices had received an explosion of calls in the past week, almost entirely about DeVos until Sunday night when calls started to come in about Trump's immigration ban."

"It's just been overwhelming," said Murkowski. "We've never seen a level of calls like this ever."

Now it's your turn.

Call Senator Marco Rubio, Florida. Has said he will vote for DeVos.

Call Senator Deb Fischer, Nebraska. Has so far said she will vote for DeVos. Fight.

Call Senator Shelly Moore Capito, WV. Has so far said she will vote for DeVos. Fight. 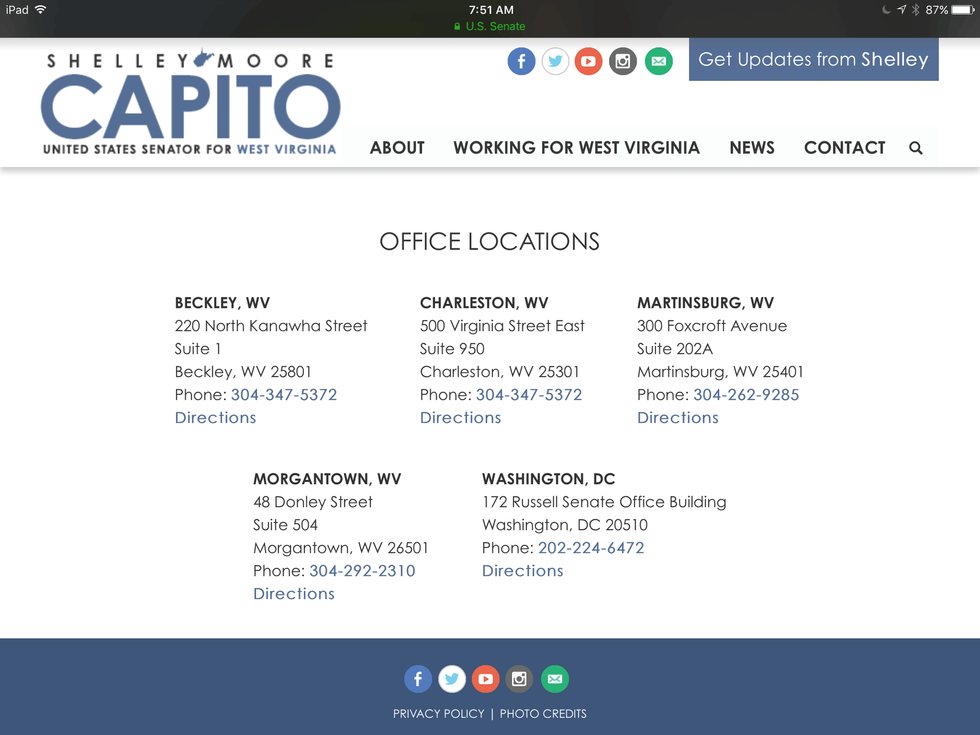 It is an uphill battle, but give it all we've got.