Trump Supporters Get Coal for Christmas. Part One - Women.

The coal for Trump women and, alas, all women - Trump's cabinet, which is disproportionately white and male, is shaping up to be one of the most hostile in recent memory to issues affecting women. Here is a brief rundown.

1. Access to Abortion limited or eliminated. Justices of the Supreme Court to overturn Roe v. Wade. Like the Ohio legislature which did this last week, some states will pass restrictive new laws that can become test cases for SCOTUS to overturn Roe. The Ohio bill effectively bans abortions, with no exception for rape or incest, after six weeks of pregnancy. The Republican Governor, John Kasich signed the bill to do his part to overthrow Roe.

Under Jeff Sessions, the anti-abortion Alabama senator whom Trump has named as his candidate for Attorney General, the Justice Department is unlikely to provide protection for abortion clinics.

2. An end to federal funding for Planned Parenthood, which provides health services like cancer screening and contraception, as well as abortion. According to the 2013-14 annual report, Planned Parenthood's affiliated clinics provided 10.6 million services for 2.7 million clients in 2013. 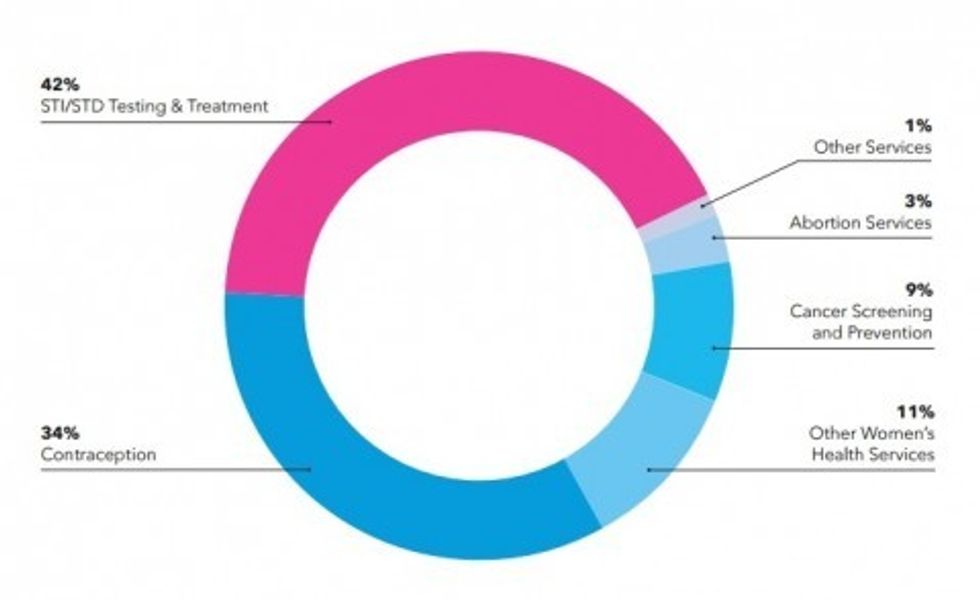 3. End to free contraception via the Affordable Care Act. If a Trump Administration succeeds and dismantles the ACA, or simply eliminates the mandate that health plans include contraception coverage, many women, including Trump supporters, will lose access to health care and to more effective, long-acting contraceptive methods, such as the I.U.D.

4. End to or damaging changes to the Affordable Care Act. Tom Price, chosen for Health and Human Services secretary, proposes offering states lump sums, known as block grants, for Medicaid. These measures could disproportionately hurt women, particularly poor and minority women, since they would end up reducing the amount of federal money going to the states for health care. Medicaid is the main source of health care for low-income women, providing prenatal and maternity care as well as paying for nursing home care, which affects women more because they live longer. Under Obamacare, federal money to expand Medicaid has helped to narrow a longstanding gap in health care between blacks and whites. Price has also proposed that the federal government provide a contribution that could be applied to private insurance or Medicare. Some fear those changes would hurt women because they become sicker as they age and would be more likely to exceed a fixed federal contribution.

"They will frame this as flexibility, but it's about the federal government paying less or making it easier for states to cut back on services," said Debra Ness, president of the National Partnership for Women and Families.

5. No help for Victims of Domestic Violence. Jeff Sessions, Tom Price, and Mike Pompeo, the pick for C.I.A. director, all voted against reauthorizing the Violence Against Women Act in 2013, which funds shelters and services for victims of domestic violence. 3 men in Trump's administration- Trump himself, Stephen Bannon, Trump's Chief Strategist and Andrew Puzder,Trump nominee for Labor Secretary, were all charged with domestic violence by ex-wives.

6. No Support to End Pay Discrimination/ No Support for Equal Pay or Minimum Wage Increases. Jeff Sessions and Tom Price voted against the Lilly Ledbetter Fair Pay Act, which extended the statute of limitations to allow women to sue for pay discrimination. Sessions, Puzder, as well as Elaine Chao, Trump's choice for transportation secretary, opposed the Paycheck Fairness Act, which would have strengthened federal equal pay laws for women, and, in her tenure as secretary of labor in the George W. Bush administration, opposed raising the minimum wage. Trump himself said Americans were paid too much.

7. Gutting of and Cut Back in Social Security Benefits?Oh wait, that's Paul Ryan.

8. Expect an actively hostile anti-woman atmosphere in a Trump Administration. This is in keeping with the fact that a misogynist, sexual predator, is about to become the American President. Sample of the tone of the administration-Andrew Puzder, C.E.O. of the company that runs Carl's Jr. and Hardee's, referring to the company's ads, told the magazine Entrepreneur, "I like beautiful women eating burgers in bikinis. I think it's very American."

Of course, with Trump in charge, we may find the nation in trade or nuclear wars, and then none of this will matter at all.

Happy Holidays. Will we see you at the March on January 21 ?

Addendum. To get all this coal, no, he won't create jobs in Coal Country.