Trump sparks outrage by quoting Emerson to refer to himself as “the King.”

President Donald Trump gleefully quoted a New York Times article that had a headline calling the president "stained in history." But the important part for the president was not the headline, but the lead of the article that cited a Ralph Waldo Emerson quote about going after the "king." Even though the piece by Peter Baker was published two weeks ago, Trump quoted it on Twitter Saturday, with some eyebrow-raising changes.

"Ralph Waldo Emerson seemed to foresee the lesson of the Senate impeachment trial of President Trump. 'When you strike at a king,' Emerson famously said, 'you must kill him,'" read the lead from Baker's Feb. 1 piece. "Mr. Trump's foes struck at him but did not take him down." Writing before senators voted to acquit Trump, Baker wrote that "a triumphant Mr. Trump emerges from the biggest test of his presidency emboldened, ready to claim exoneration and take his case of grievance, persecution and resentment to the campaign trail."

Trump quoted those opening lines but capitalized "king" and changed it from "a king" to "the King." 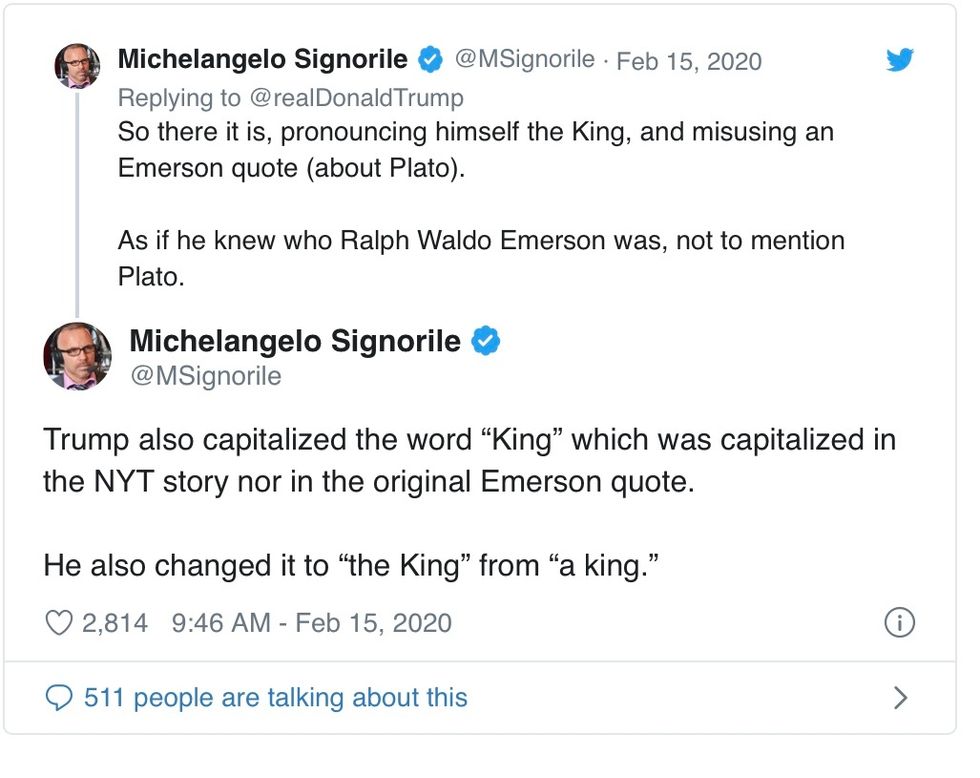 The president likening himself to a king quickly drew outrage and the phrase "you are not a king" started trending on Twitter. Many also expressed concern that Trump seemed to confirmhis campaign for re-election will be pushed by "grievance, persecution and resentment." 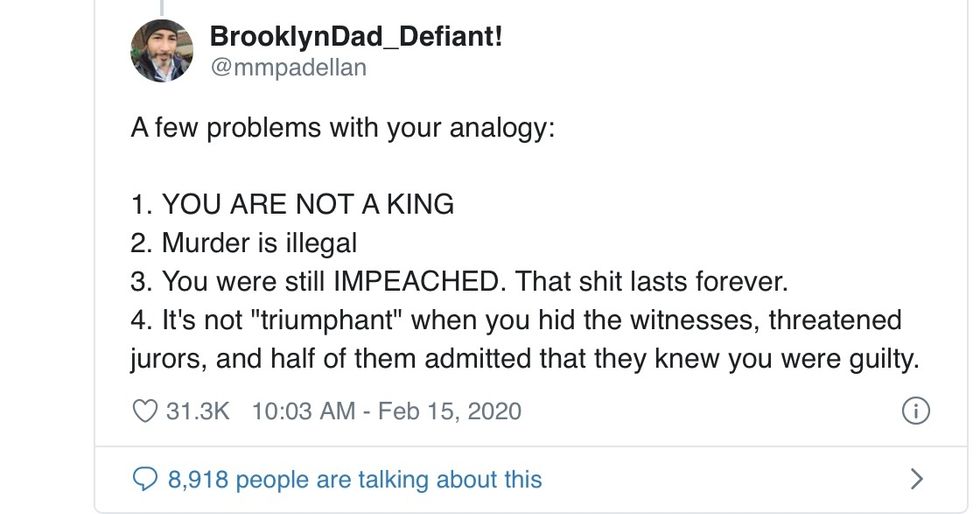 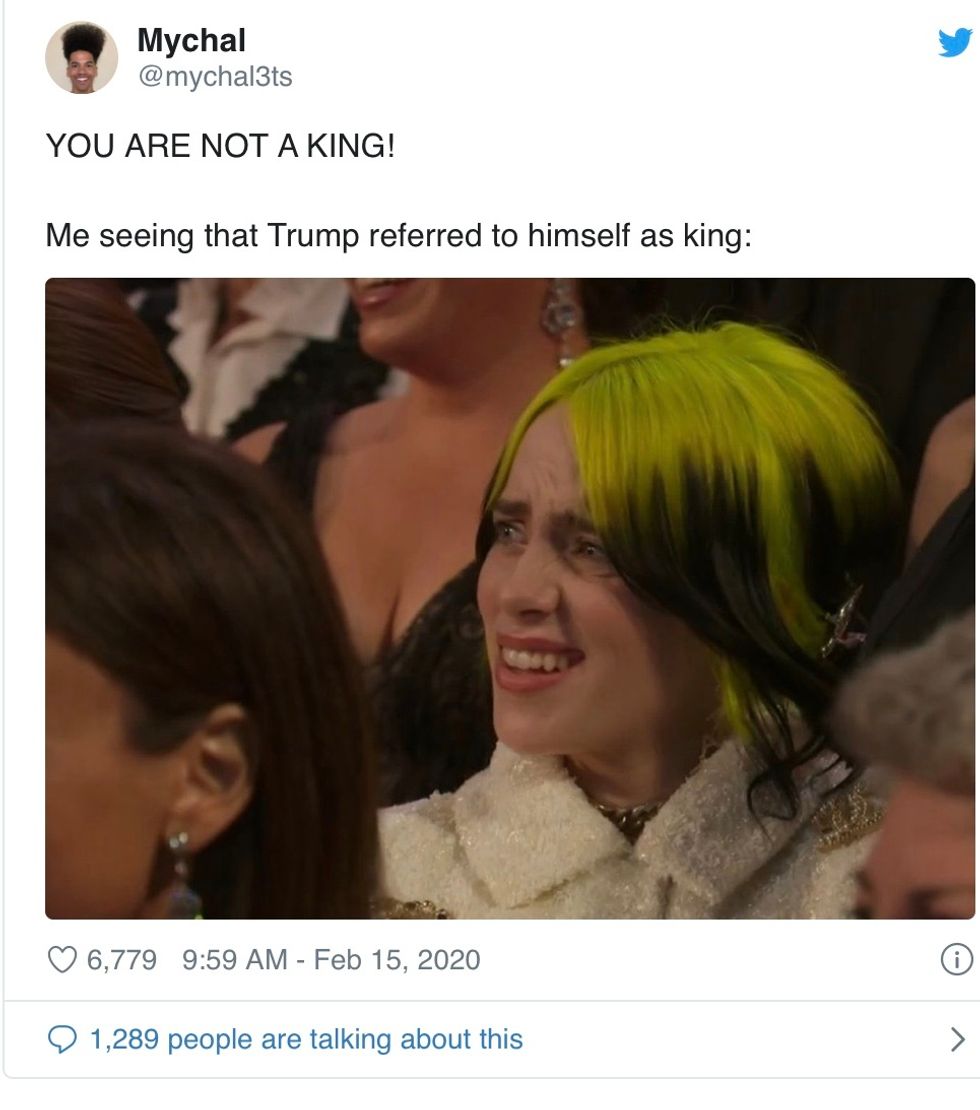 Legal experts were also quick to raise concerns about the president's tweets. "This may be the most sinister tweet Trump has ever posted," University of Michigan law professor Barbara McQuade wrote. "He is comparing himself with a king and threatening to use his powers for revenge on those who questioned his abuse of power." The president's quote came at the end of a week in which he said he had the "legal right" to interfere in criminal cases.

Voices4America Post Script. Share this. Trump thinks he is The King, though I would bet a million, he doesn't know who Ralph Waldo Emerson is. # NotKing #NotMyPresident

Here is the Peter Baker citation from the New York Times. February 1, 2020. 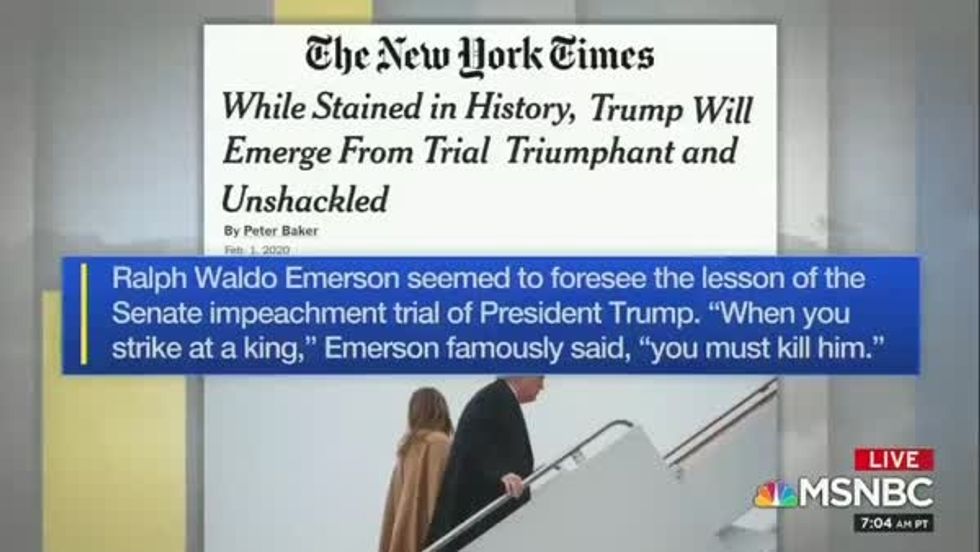