In public, President Donald Trump likes to boast about—and usually inflate—the performance of the American economy on his watch. He picks through the numbers to take credit for everything good and sorts out everything not-so-good for dumping on his predecessors. The result: lots of exclamation points! 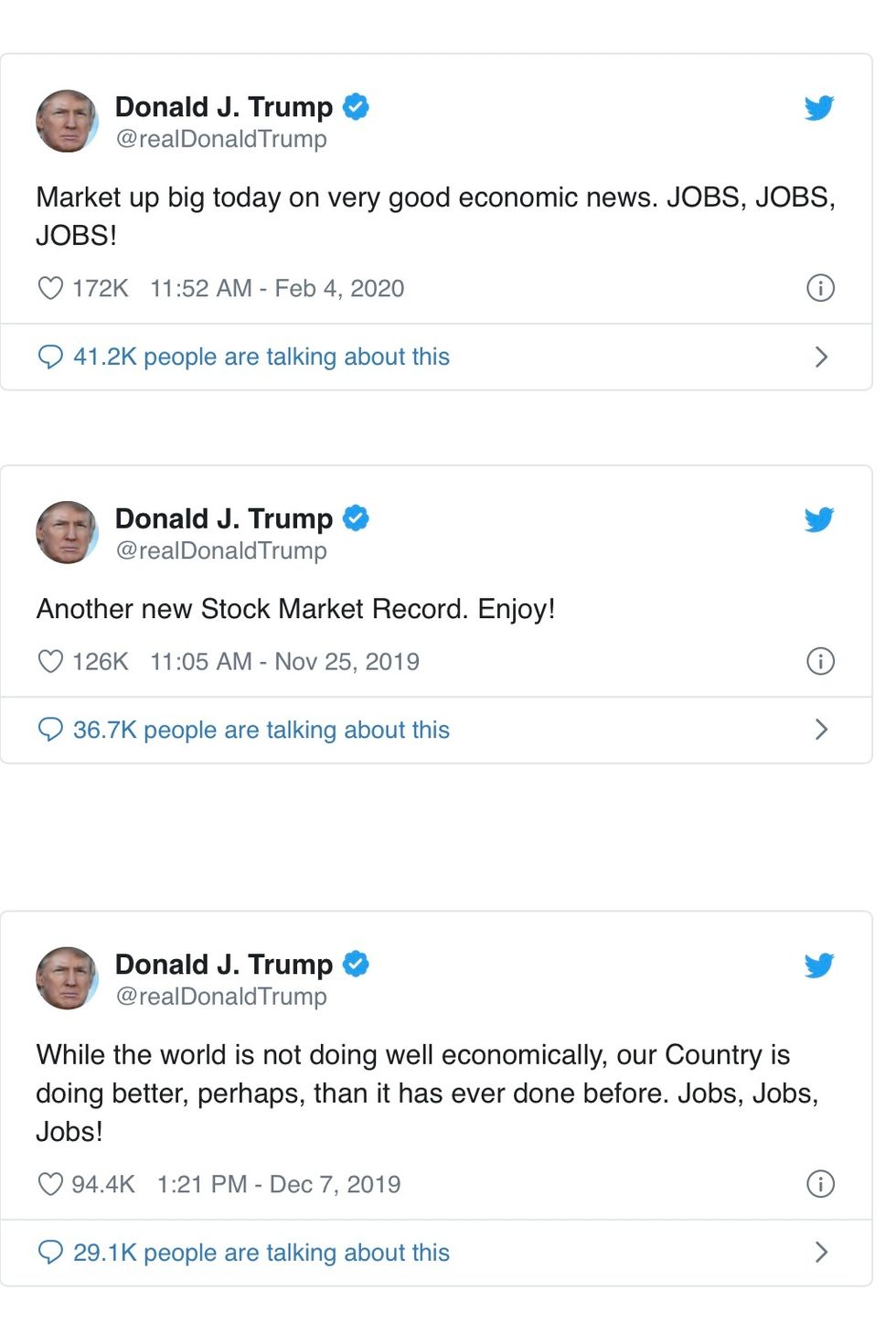 If you lived in a bubble where Twitter Trump was your sole news source, you'd be pretty fired up, which makes it odd that on Monday the very same Trump White House said it intends to slash a scheduled pay raise for civilian federal employees. Cutting the 2.5 percent raise set for 2021 to 1 percent for millions of federal workers seems a bit austere in the face of such self-proclaimed boom times. Even more absurdly, Trump is justifying ordering the cut on the grounds that the country is in the midst of a "national emergency or serious economic conditions affecting the general welfare," which the White House says authorizes the president to "implement alternative plans for pay adjustments."

So which is it? The best economy in the history of economies or a national economic emergency? Either way, somebody's lying.

Voices4America Post Script. Citing "serious economic conditions," the same man asked to reduce federal employee guaranteed pay raises. Yes, the same liar who runs around the country touting a "booming" economy. Whoever you are, unless you are a 1%, Trump hates you. #RememberInNovember

Michael Bloomberg Surges in Poll and Qualifies for Democratic Debate in Las Vegas.

Trump sparks outrage by quoting Emerson to refer to himself as “the King.”

Wow. After more than 2,000 former DOJ expressed alarm about challenges to rule of law, now the Federal Judges' Association has called an emergency meeting re concerns around independent law enforcement. Our institutions are sounding alarms. https://t.co/CWpmVAwkFE

Ask the kids in cages on the border about what a wonderful, fucking handshaking selfie taking, guy he is. https://t.co/MKIB8YObhf

There's nothing worse than watching a pissing contest among three guys pushing 80 and a big pancake-faced septugenarian toddler.I hope this part of the worst primary ever ends soon. Toxic masculinity is such an incredible, tendentious bore for those of us who are thinking people.

I'm watching what comes out of this. Also watching the conference call scheduled in Stone case by the judge. https://t.co/9fwlNwofHR

Our country cannot take another four years of Donald Trump. His playbook is not hard to understand, it is three words: divide and demoralize. I have a playbook that's three words: unite and lead.