It probably violates both the Constitution and statutes, and it's bad public policy. 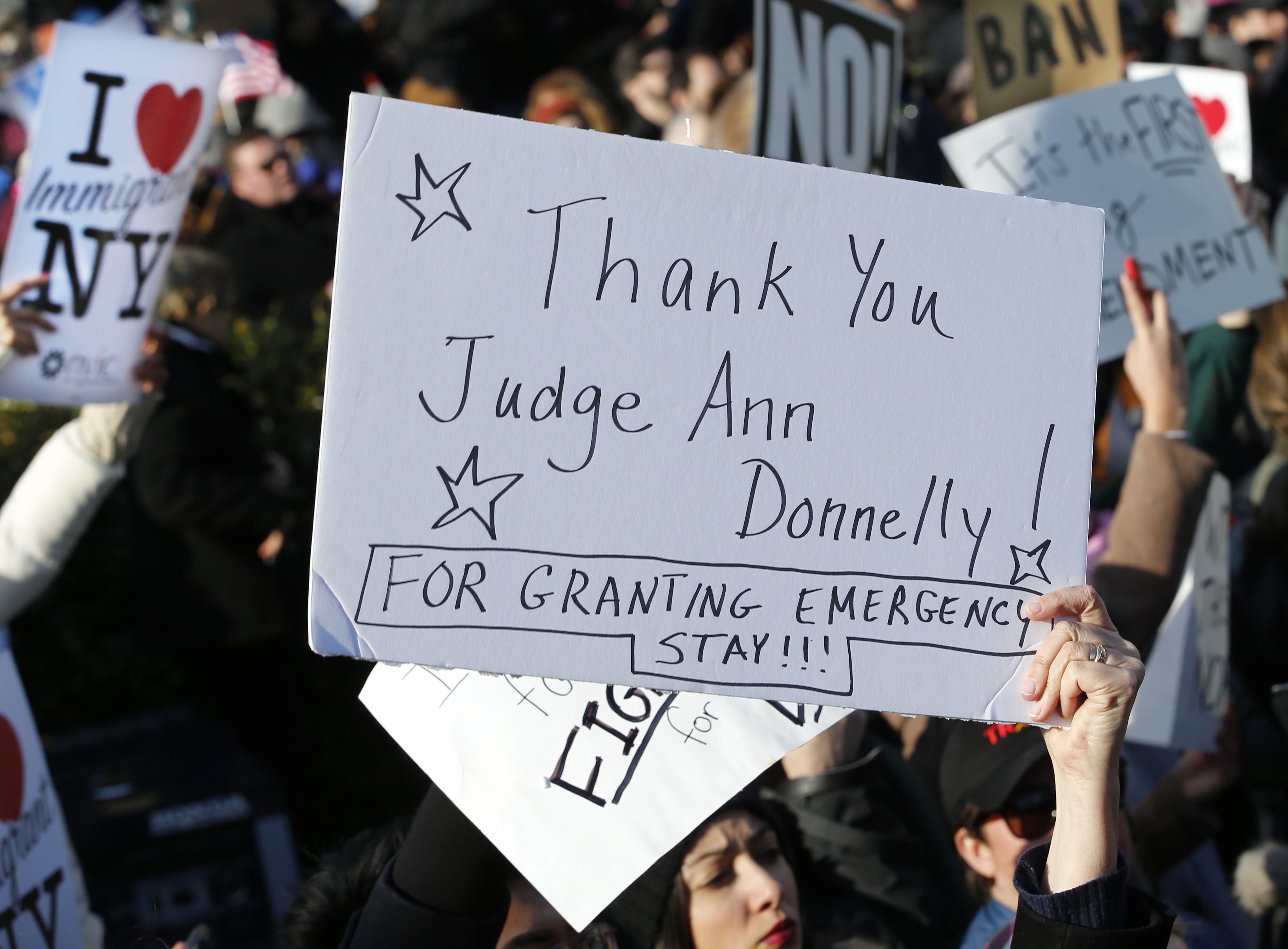 President Trump's executive order temporarily halting the admission of all refugees as well as individuals from seven Muslim-majority countries is deeply misguided. I will spare my readers an extended soliloquy on the violence the order does to our identity as a "nation of immigrants," even though it has what I fear is the increasingly antique merit of truth, in favor of more concrete concerns.

First, the order is probably unconstitutional. As federal Judge Ann Donnelly wrote in issuing an emergency stay preventing two refugees from being returned to their home countries, "The petitioners have a strong likelihood of success in establishing that [their removal] violates the rights to Due Process and Equal Protection guaranteed by the United States Constitution." To be sure, the petitioners are not citizens. But the 14th Amendment distinguishes clearly between the privileges and immunities of "citizens," on the one hand, and the due-process and equal-protection rights of "persons" on the other.

The president's executive order may also violate the Establishment Clause. The White House insists that the order does not create a religious test for immigrants, but there are two indications to the contrary. Over the weekend, former Trump adviser Rudy Giuliani told Fox News that after Mr. Trump announced a "Muslim ban" during the campaign, the candidate came to him and said "put a commission together, show me the right way to do it legally." Unsurprisingly, Mr. Giuliani produced a Muslim ban in drag.

Moreover, the language of the executive order makes it clear that after the temporary suspension ends, non-Muslims will receive preferential treatment. The secretaries of state and homeland security are directed to give priority to refugee claims made by individuals citing religious persecution, "provided that the religion of the individual is a minority religion in the individual's country of nationality." For refugees from many of the world's most dangerous places, this excludes Muslims—including Muslims from a Sunni-majority country such as Syria, whose government is dominated by a Shiite minority.

Setting aside constitutional issues, the executive order is of dubious legality. The United States' fundamental immigration statute, the Immigration and Nationality Act of 1965, forbids discrimination in the issuance of immigrant visas based on an individual's "race, sex, nationality, place of birth or place of residence." On its face, excluding potential immigrants from specific countries violates the law.

In response, the Trump administration points to a 1952 law that permits the president to suspend the entry of any class of aliens that he determines to be contrary to the national interest. But as the Cato Institute's David Bierobserves, the 1965 act modifies and restricts the power, with exceptions only as provided by Congress. As Justice Robert Jackson observed: "When the President takes measures incompatible with the . . . will of Congress, his power is at its lowest ebb."

Legal issues aside, the executive order does not meet the test of sound public policy. Refugees are already subject to what Mr. Trump calls "extreme vetting," a process that lasts anywhere from 18 months to four years. This is why, as my Brookings Institution colleague Daniel Byman points out, "Syrian refugees are linked to zero terrorist attacks in the United States."

The order also punishes immigrants and refugees who fear for their lives because they cooperated with the U.S. armed forces and other American entities. One of the individuals detained at John F. Kennedy International Airport had served as a translator for the U.S. Army and as an engineer on U.S.-funded reconstruction projects. Targeted for assassination, first in Baghdad and then in Kirkuk, he applied for and received a special immigrant visa based on a determination that he had provided "faithful and valuable service to the United States" and was experiencing a serious threat as a consequence of this service.

If this is the thanks foreign nationals can expect to receive, why would they ever cooperate with the U.S.?

Along with injustice to individuals is the damage the order inflicts on American foreign policy. Speaking for the vast majority of policy experts and former senior officials, Richard Haass, the longtime president of the Council on Foreign Relations, says: "If you're ISIS, this is a good day. This is a recruiting boon for you. It . . . sends the message 'The Americans are at war with Islam,' just as we—ISIS—have been saying all along."

Most troubling is the message the executive order sends about the current condition of the United States. President Trump would have us cower fearfully behind a legal Maginot Line, animated by an illusory quest for perfect security, whatever the costs to our interests and our principles. We cannot be the "land of the free" unless we are the "home of the brave." There's a word for the sentiments underlying the president's order, and it's not bravery.

What is shocking about this article is that it appears in The Wall Street Journal by a regular WSJ columnist, WILLIAM A. GALSTON Jan. 31, 2017.

Boehner goes off script, tells Cruz to "go f**k yourself.”

Trump Is Guilty of Pandemicide.

There’s at least one domestic terrorist in the Senate. https://t.co/JoHoSzIjTK

Here’s josh hawley getting applause for trying to overturn the election https://t.co/T0LQKrim8C

So Mike Pence was invited to speak at #CPAC, but declined after he heard Trump would also be speaking. Maybe he didn't want to hear himself referred to as the coward who refused to decertify the vote, which is a theme at #CPAC--perpetuating the Big Lie.

The filibuster is a tool of white supremacy. In the 19th century, it was used to protect the pro-slavery Senate minority. The current filibuster was popularized during Jim Crow by Southern senators seeking to block civil rights legislation. It must be abolished.

How many Republican House members are skipping out of voting in person on the 1.9 trillion dollar covid relief bill to be at CPAC instead? Gaetz, Gosar, Cawthorn, Budd according to @mkraju