These 25 white men – all Republicans – just voted to ban abortion in Alabama.

Alabama's new law mandating an almost blanket ban on abortion, the strictest in the United States, was passed by this group of exclusively white, male politicians.

Of the 27 Republicans, all white men, that dominate the 35-seat Alabama senate, 25 voted to pass the bill late on Tuesday.

This is what the Republican leadership group in the senate looks like, as presented on their caucus' website:

These are the remaining 20 members of the Republican caucus who all voted to ban abortion: 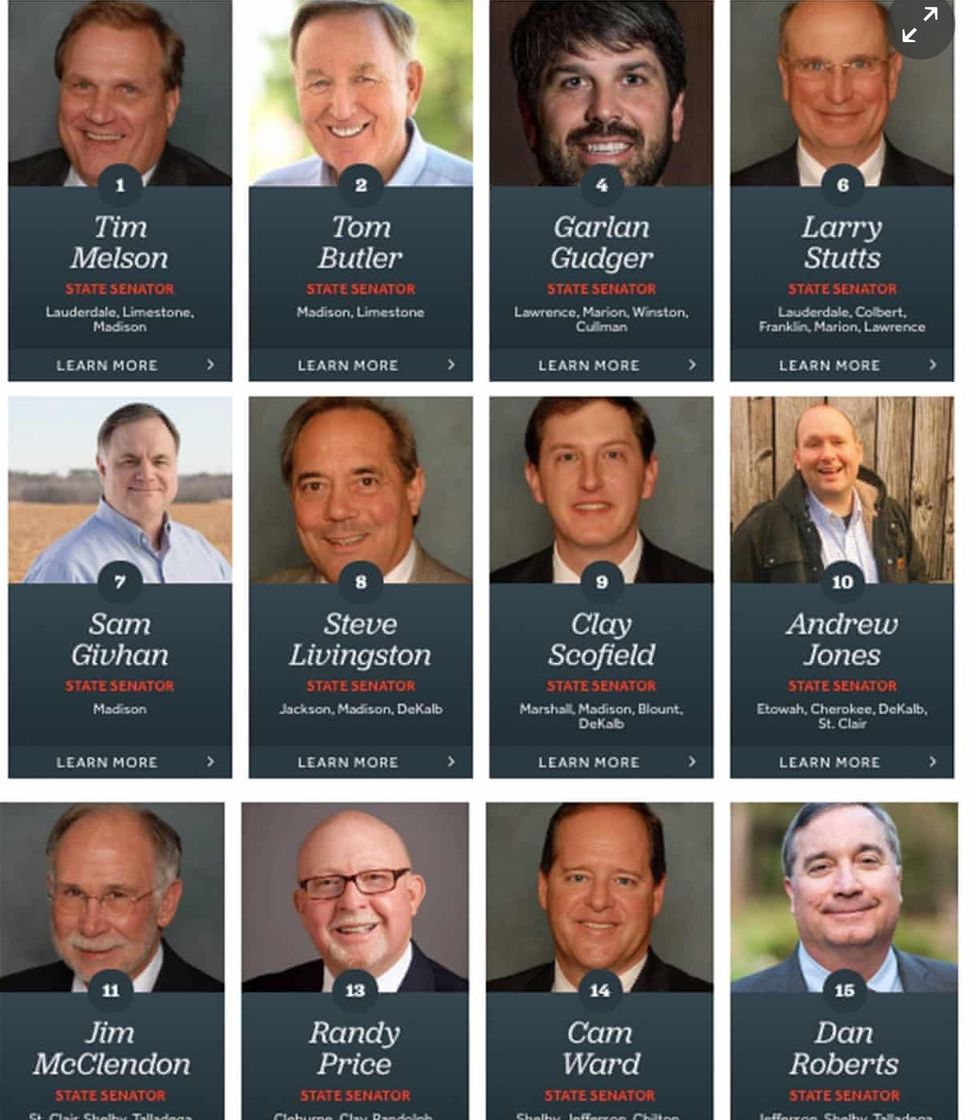 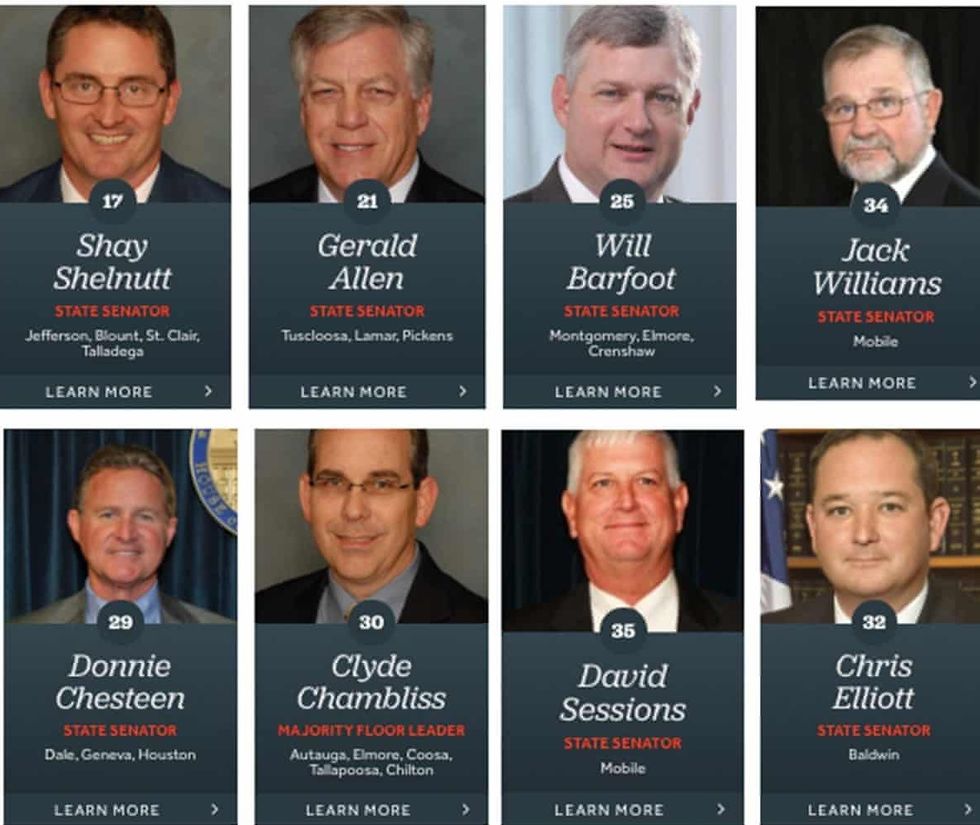 There are only four women in the Alabama senate, who are among the eight-strong Democratic party minority in the upper chamber of the state legislature.

Two Republicans did not vote.

The legislation makes abortion a crime at any stage of pregnancy, with the only exception for a serious threat to the health of the woman.Alabama's legislature is 15.7% women overall, the sixth lowest state in the country, compared to 28.7% of state legislators nationally. The senate has an even lower proportion of women at 11.4%.

The Democratic minority leader, Bobby Singleton, took note of the imbalance while objecting to the abortion bill. "You've got 27 men over on the other side ready to tell women what they can do with their bodies," he said.

Voices4America Post Script. Here are 3 issues that arise from this bill passed by 25 White Republican Men in Alabama yesterday.

1. Women's lives are in danger in Alabama. There will be abortions. Will they be safe?

2. Women's Lives are in danger in America. This will be a test case for those trying to overturn Roe.

3. Want to see voter suppression and sexism and racism at work in a legislature, and this before the white man in charge in Alabama voted an abortion ban? Women over 16 constitute 52.4% of Alabama's population. African Americans constitute 26.5 %. The look at the white male faces above. #26.5 %