The Senate is charged with confirming nominees to federal courts, and since President Joe Biden announced her history-making nomination February 25, Jackson has been meeting with senators.

As of Thursday, she had met with 44 of them, according to former senator Doug Jones, who the White House named to help guide Jackson through the confirmation process. Here’s what to know as hearings start:

When are Supreme Court confirmation hearings?

The Senate Judiciary Committee has begun its confirmation hearing. On Monday, committee members will give their opening statements. Jackson will be introduced, and then she will also speak.Hearings will start at 9 a.m. on subsequent days. On Tuesday and Wednesday, senators will ask Jackson questions, and on Thursday, the Senate Judiciary Committee will hear testimony from the American Bar Association and other outside witnesses.

The Judiciary Committee plans to stream the hearing on its site, as well as on Twitter and Facebook. TV news channels and news websites will also have live coverage.

Who is Ketanji Brown Jackson?

Jackson, 51, is a judge on the U.S. Court of Appeals for the D.C. Circuit. If confirmed, she will be the first Black woman on the Supreme Court. She’d also be the first former federal public defender in the court’s 232-year history. 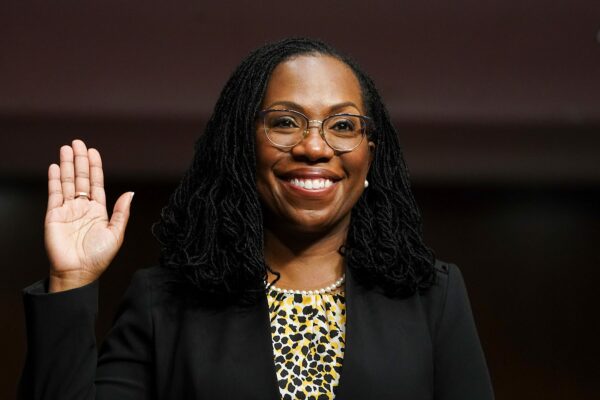 She’s previously been confirmed by the Senate three times, including last June, when she took the appeals court seat vacated by Attorney General Merrick Garland.

Jackson was born in Washington, D.C., and raised in Miami. Her parents were both public school teachers and graduates of historically Black colleges. Jackson got both her bachelor’s and law degrees from Harvard, and in 1999 took a clerkship with Supreme Court Justice Stephen Breyer, whose pending retirement opened the door for her nomination. She then went on to a number of positions in private practice and government, including stints on the U.S. Sentencing Commission.

She became a U.S. district judge in March 2013, and in that role and in her current appeals court post, she has ruled in several high-profile cases, including some involving the Trump administration. In 2019, she ruled against then-President Donald Trump in an immigration case and then again against his administration’s attempts to stop then-White House counsel Don McGahn from testifying as part of Congress’ impeachment inquiry. More recently, she was on a three-judge panel that rejected Trump’s request to block the release of documents to the House committee investigating the January 6, 2021, attack on the U.S. Capitol.

She became a U.S. district judge in March 2013, and in that role and in her current appeals court post, she has ruled in several high-profile cases, including some involving the Trump administration. In 2019, she ruled against then-President Donald Trump in an immigration case and then again against his administration’s attempts to stop then-White House counsel Don McGahn from testifying as part of Congress’ impeachment inquiry. More recently, she was on a three-judge panel that rejected Trump’s request to block the release of documents to the House committee investigating the January 6, 2021, attack on the U.S. Capitol.

Who is on the Judiciary Committee?

Democrats control the evenly split Senate and will lead the confirmation process. The Judiciary Committee is chaired by Sen. Dick Durbin, a Democrat from Illinois. Senators speak in order of seniority, with parties alternating.

The other Democrats on the committee, in order of seniority, are:

The top Republican on the committee is Sen. Chuck Grassley of Iowa.

Other Republicans on the committee, in order of seniority, are:

What happens after this week’s hearing? The members of the Judiciary Committee will vote on whether to recommend that the full Senate confirm Jackson. The nomination will then go to the full Senate, which will debate and vote. She needs a simple majority to be confirmed.

If confirmed, how would Jackson change the Supreme Court?

Jackson would be replacing Breyer and would not change the ideological alignment of the court, on which conservatives currently hold a 6-3 majority. But she does bring different experiences than the other justices, including her background as public defender. She has said that work prompted her to communicate more clearly with defendants when she was a judge.

“I speak to them directly and not just to their lawyers,” Jackson said. “I use their names. I explain every stage of the proceeding because I want them to know what’s going on.” In her last confirmation hearing, Jackson was asked about her judicial philosophy.“I do not have a judicial philosophy per se, other than to apply the same method of thorough analysis to every case, regardless of the parties,” she said. She added: “Given the very different functions of a trial court judge and a Supreme Court justice, I am not able to draw an analogy between any particular justice’s judicial philosophy and the approach that I have employed.”

How many Supreme Court justices are there, and who are they?

Nine justices sit on the Supreme Court. Breyer, 83, was nominated by President Bill Clinton, a Democrat, and has been on the court since 1994. The other justices, in order of seniority on the court, are:

Voices4America Post Script. Today the Hearings for the confirmation of Judge Ketanji Brown Jackson to the Supreme Court begi. Here is what to expect and when. #Ketanji4SCOTUS

Republicans play on fears of ‘great replacement’ in bid for base voters.

The Republican Party 2022: Ultra MAGA and proud of it.

Ohio will be an important state in the 2022 election.

Thanks for everything Kate McKinnon particularly the time you sang Hallelujah as Hillary Clinton which made me cry blood out of my eyes, ears and mouth

Thanks Kate McKinnon for all the laughs but especially how you played Hillary Clinton. The. Best. 🙏🏻 #SNL https://t.co/gaaCAJ551A

If I had told you 3 years ago that a pandemic would kill over 1 million Americans, Trump would launch a violent coup after losing, & SCOTUS would overturn Roe v Wade, but everyone was just going on as normal & the GOP was favored in the midterms, you'd say I was out of my mind.