A new Hill-HarrisX survey on Friday found support for impeachment proceedings against President Trump has risen 12 points compared to a similar poll conducted three months ago.

The survey was conducted on Sept. 26-27, just days after House Democrats started a formal impeachment inquiry over a whistleblower complaint involving Trump's communications with Ukraine.The poll showed 47 percent of respondents support that decision, up 12 points from a similar survey in June, which asked whether Democrats should begin impeachment proceedings.

Meanwhile, opposition to impeachment dipped 3 points to 42 percent, while 11 percent of those polled in the new survey said they weren't sure or didn't know.

The number of independents who back impeachment doubled to 41 percent.

The whistleblower, who is believed to be a former CIA official, alleges that Trump tried to persuade Zelensky to launch an investigation into former Vice President Joe Biden and his son Hunter Biden to help boast Trump's reelection chances in 2020.

Trump has repeatedly denied any wrongdoing and the party has largely come to the president's defense.

The White House had earlier released a partial transcript of the call, which came days after Trump delayed hundreds of millions of dollars in U.S. aid to Ukraine. Trump does not explicitly mention a quid pro quo with Zelensky in the White House memo, though he does segue from a discussion of military assistance to the potential Biden probe.

The Hill-HarrisX survey surveyed among 1,001 voters and the margin of error was 3.1 percentage points. 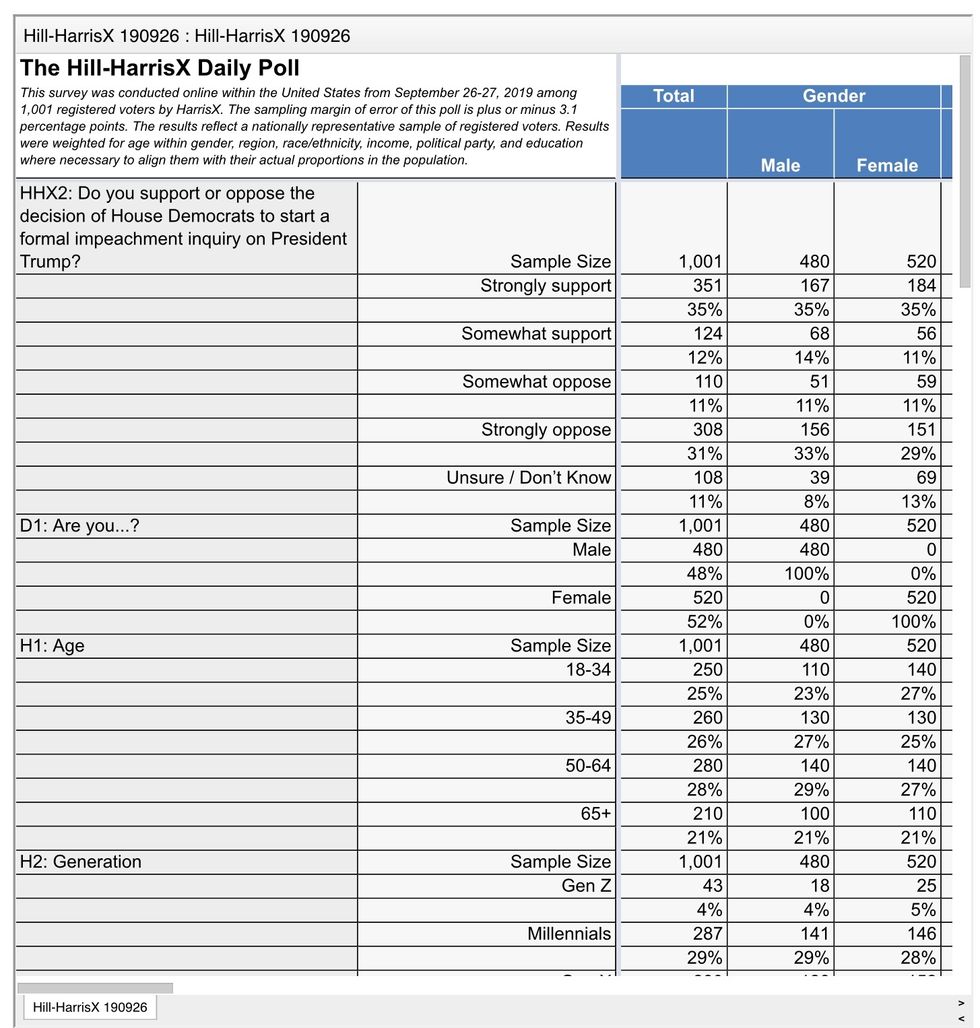 Voices4America Post Script. The dam has cracked. As the corruption and crimes pour out, support for Trump will disappear! America will not support a President who endangers America for personal gain. #Whistleblower #ImpeachTrumpPenceBarr