Sanders sneaked out a win but New Hampshire 2020 belongs to Pete and Amy. 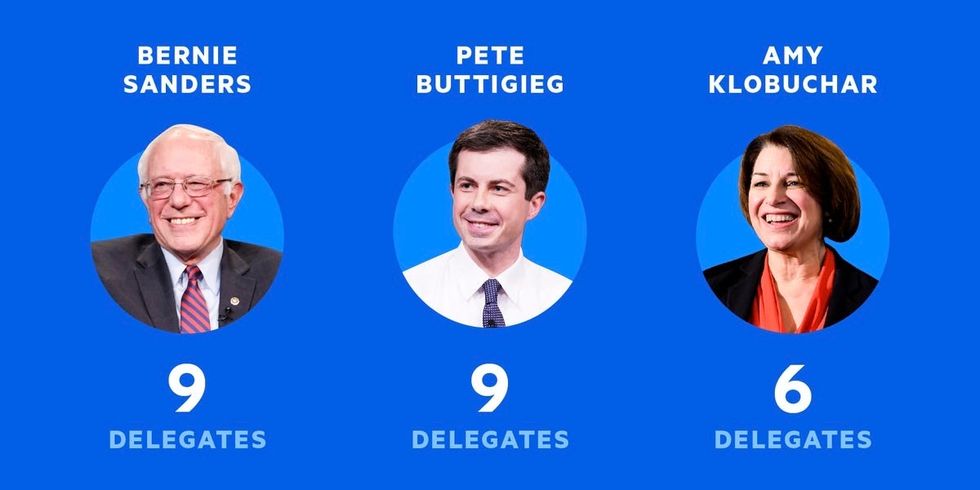 The delegate count each Democrats coming out of Iowa was 14 delegates to Buttigieg, 12 to Sanders and 1 to Klobuchar. Other Democrats with delegates earned in Iowa were Senator Elizabeth Warren 8 delegates, and former Vice President Joe Biden, 6. 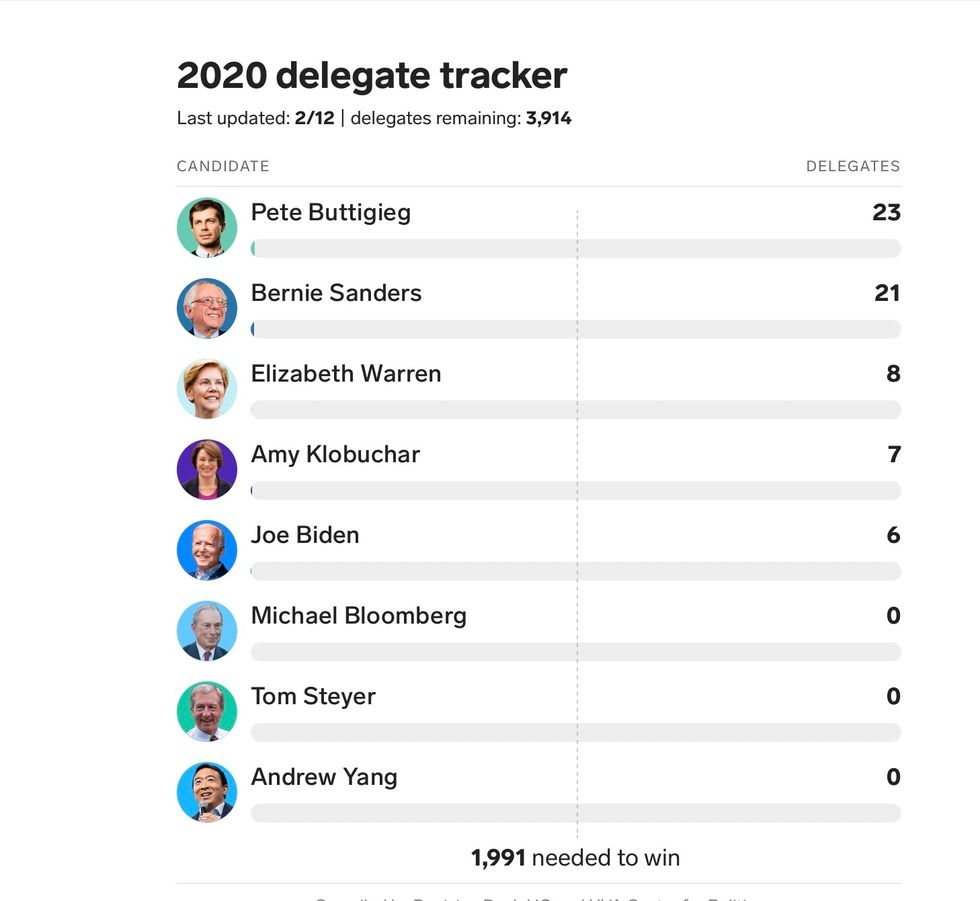 As to the popular vote from New Hampshire,

Buttigieg is 1.6% from Sanders, Klobuchar 5.74%. Remember that New Hampshire is an open primary. Independents and Republicans who were known to favor Sanders could vote. What percentage of the New Hampshire voters were they? More than 1.6%?

As Neera Tanden, Hillary's policy director in 2008 and a member of Hillary's inner circle in 2016 , tweeted last night, “Just a reminder that Vermont is next door to NH. And Senator Sanders has been in the eye of N.H. voters for 5 years. For Buttigieg to be this close is something. And obviously great night for Amy."

Mayor Pete, as his opponents frequently remind him, is a newcomer to the National scene, and the 3 time Senator, Amy Klobuchar, is also a first time Presidential candidate. She introduced herself that way." Hello, America," she said. "I'm Amy Klobuchar, and I will beat Donald Trump." Neither had Sanders level of funds in New Hampshire. Klobuchar, in particular, had almost no money, nor campaign structure.

Further, as Vice President Biden said last night from South Carolina, "We haven't heard from the most committed constituency of the Democratic Party, the African-American community, and the fastest-growing segment of society, the Latino community."

Next up too are the mega funded campaigns of Mike Bloomberg, New York's former Mayor and Tom Steyer.

Yes, Sanders picked up the most sticks last night, but here is my advice to him.

Not so fast, Bernie.

There are miles to go before we sleep well in America again.

Voices4America Post Script.
Now eight candidates strong, the Democratic field will travel next to Nevada (which holds caucuses on February 22) and South Carolina (which holds a primary on February 29) before the 2020 race goes national in the marathon month of March....Gabe Fleisher.

60 Minutes- Bernie Sanders said 'it's unfair to simply say everything is bad' about Fidel Castro's Cuba.

It would be incredibly useful to the public if the CDC would separately do a briefing, and the networks could carry it as a public service. No politicians, no politics. Just info.

Just asked Nancy Pelosi her reaction to President Trump saying coronavirus is under control. “ I don’t think the president knows what he’s talking about - once again.”

Is there anyone in the regime who believes in science and is familiar with the word truth who can help out on the coronavirus?

BREAKING: Trump just said the risk of Corona Virus to the American people is very low. That’s the opposite of what the CDC just told us. I prefer to believe science over this orange buffoon. #CoronaVirusUpdates