President Obama is kicking Trump's ass on Twitter. Here are the current numbers. 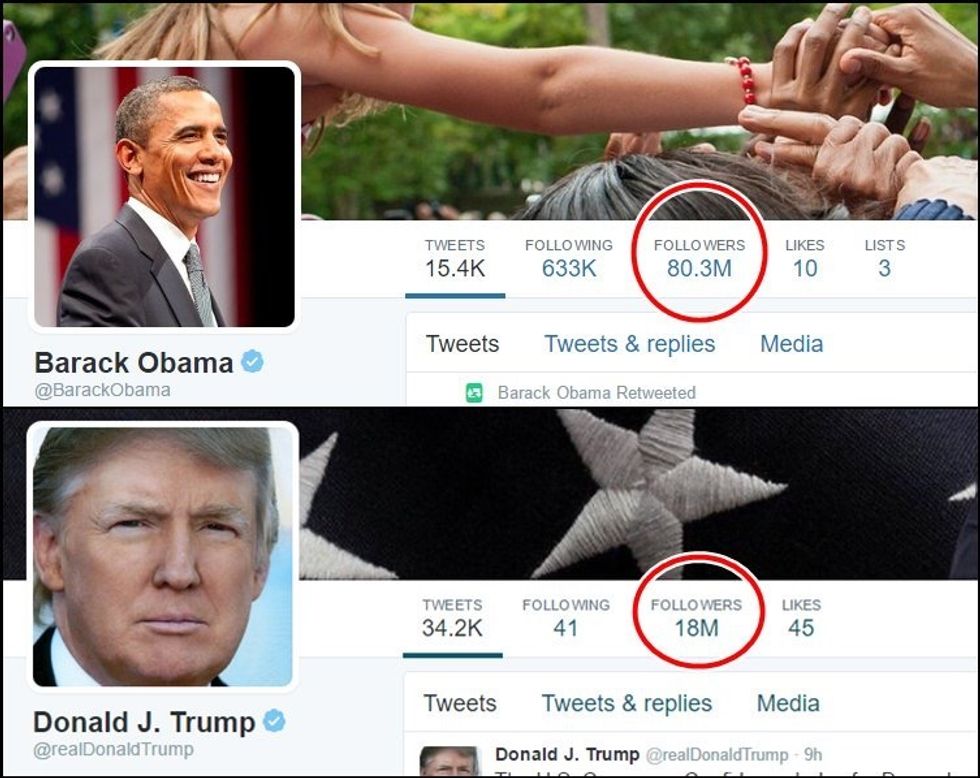 President Obama also won again as The Most Admired Man in America in 2016. 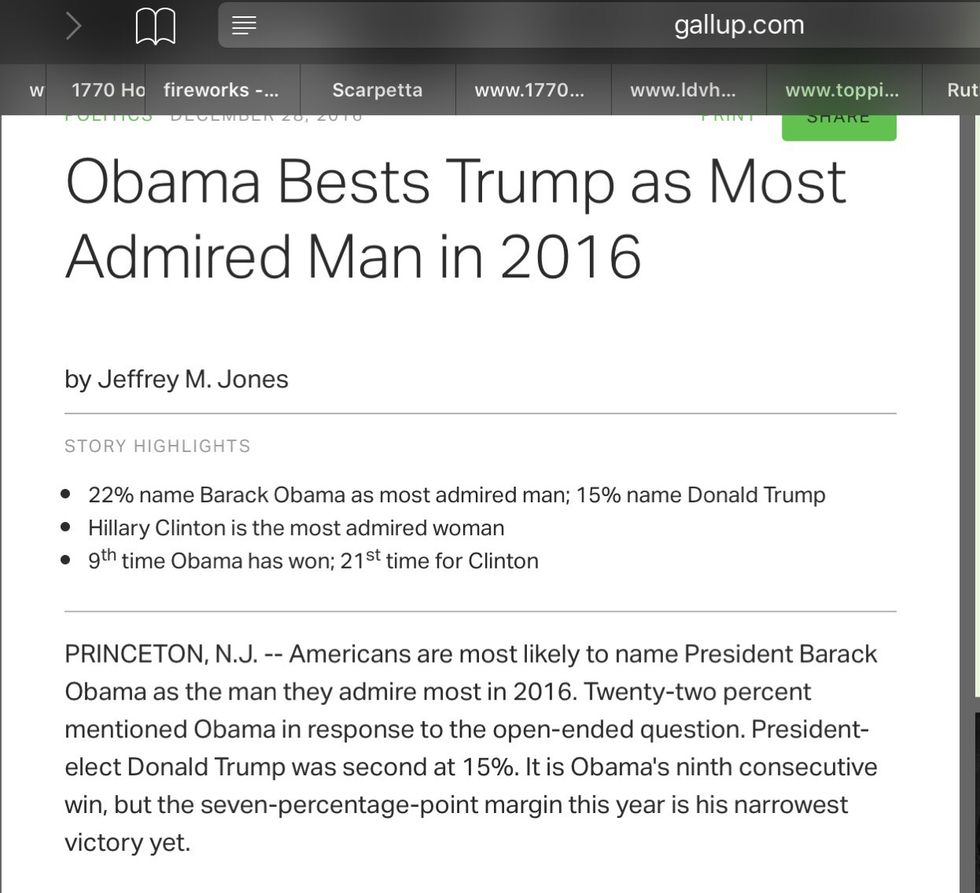 We know how all this must rile Trump.

Unfollow @realDonaldTrump if you do.

You can still read and respond to his pathetic tweets without following him. 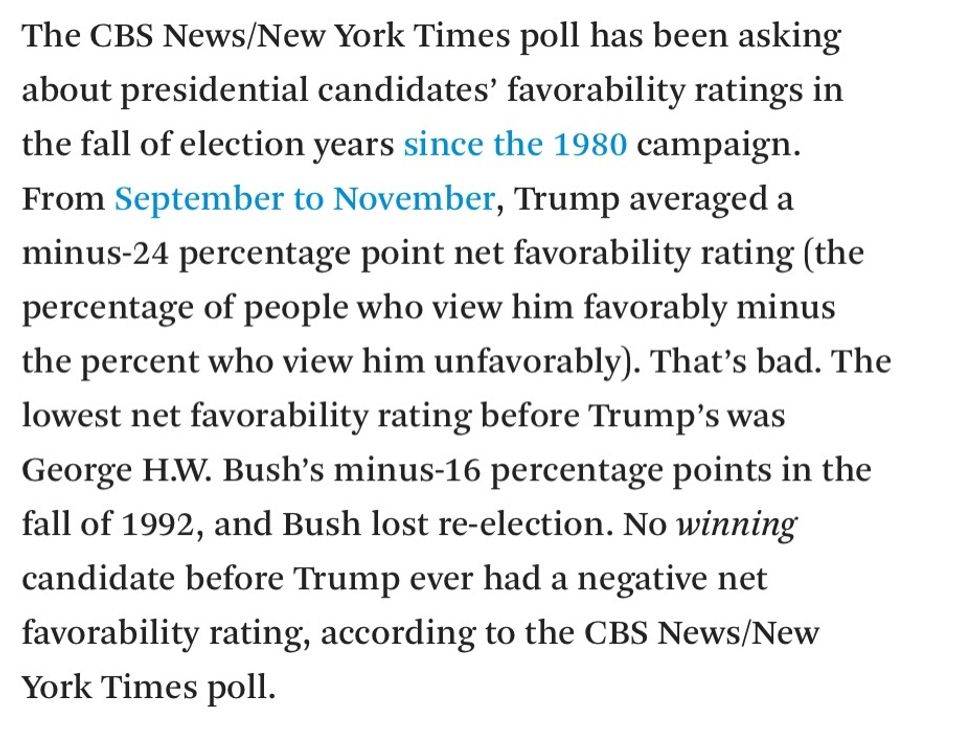 Hillary, of course, was the most admired woman in America for the 21st time. @HillaryClinton

Addendum. The most popular political tweet of 2016 was a quote from Hillary Clinton's concession speech on Nov. 9. Imagine how Trump hated that. Retweet it if you haven't.