More than half of Americans — and an overwhelming number of Democrats — say they approve of the fact that Congress has opened an impeachment inquiry into President Trump. But as the inquiry begins, there is no national consensus on how to assess the president's actions.

Partisans have immediately and predictably split: most Democrats call the president's handling of matters with Ukraine illegal, and deserving of impeachment.

Most Republicans call his actions proper — or, even if improper, then still legal — and feel they're an example of things that past presidents typically did, too. Most Americans think that because Congress is now taking up the matter, it will be unable to work on other issues. 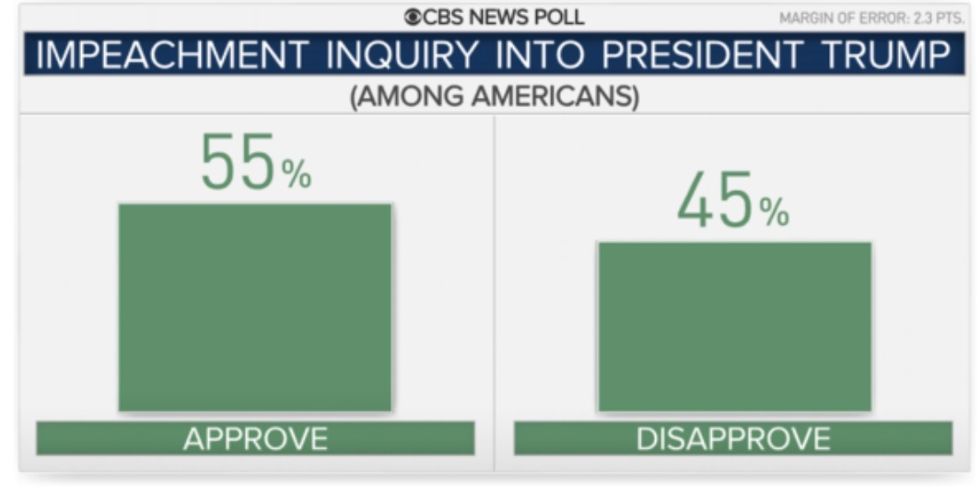 Almost nine in 10 Democrats approve of the inquiry, and two-thirds strongly approve. Prior to the inquiry, some had wondered if taking up impeachment proceedings might divide a Democratic rank-and-file that has been long concerned with other policies like health care and guns. However, these findings suggest that it this is not the case: most moderate Democrats side with liberal Democrats in supporting impeachment proceedings. Of those who say they voted for a Democratic House candidate in 2018, nine in 10 feel this inquiry is necessary. 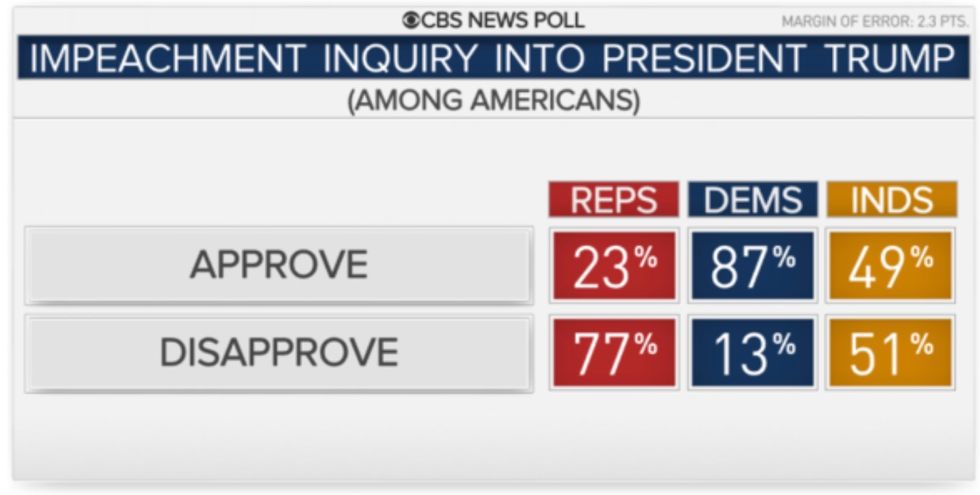 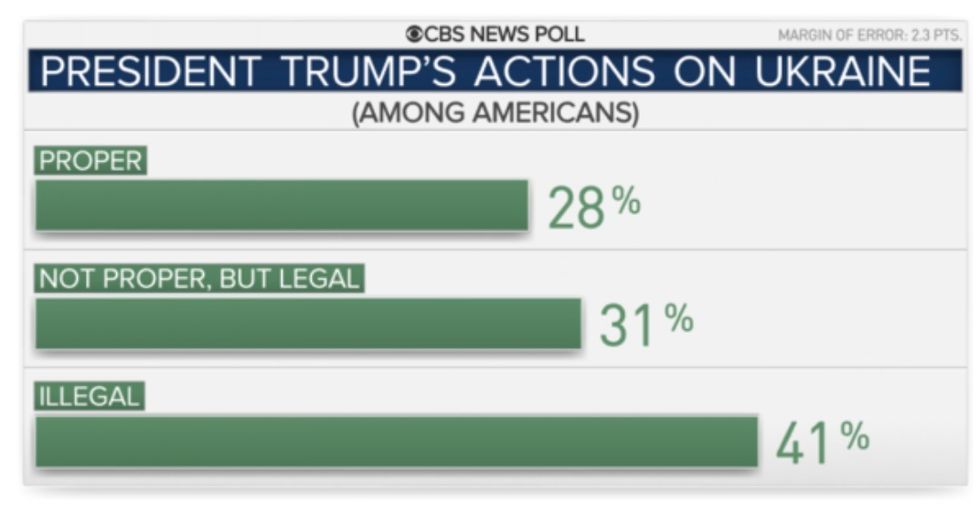 There is division over whether the president's deserves to be impeached. Just slightly more feel he does than he doesn't, and almost a quarter feel it's too soon to say — most of them say they want to wait to see what the facts show. 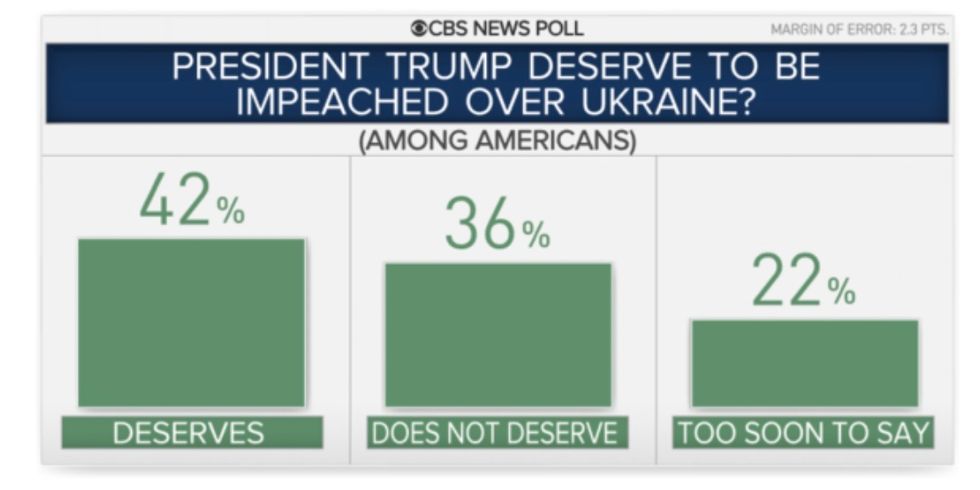 Most Republicans believe that the president's aims in the matter were to protect U.S. interests and stop corruption. Seven in 10 Republicans feel that his dealings with Ukraine are typical of what most past presidents have probably done in dealing with foreign countries. 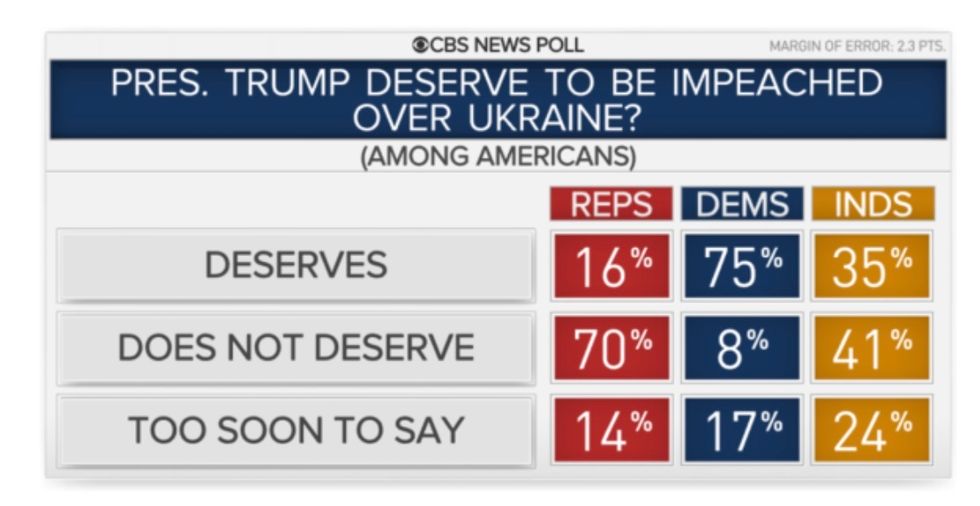 A majority of Americans have heard at least something about Mr. Trump's assertions concerning Joe Biden and his son and Ukraine. Almost two-thirds of Republicans feel these assertions warrant further investigation; just a quarter of Democrats feel the same. 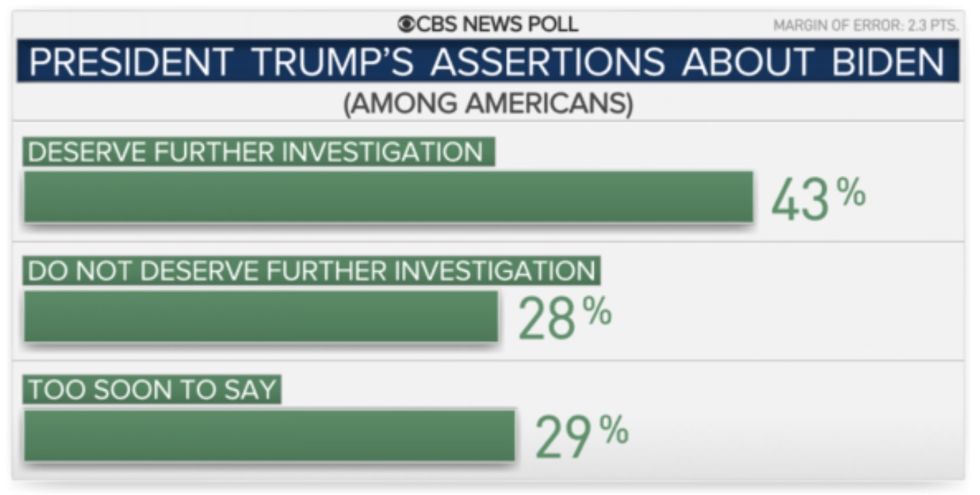 Most of each partisan side thinks this will work out to their political advantage. A slight majority of Democrats think holding an impeachment inquiry in 2020 is better for them; just over half of Republicans think it's better for their side. A slim majority feel the Democrats are trying to politically damage the president with the inquiry. 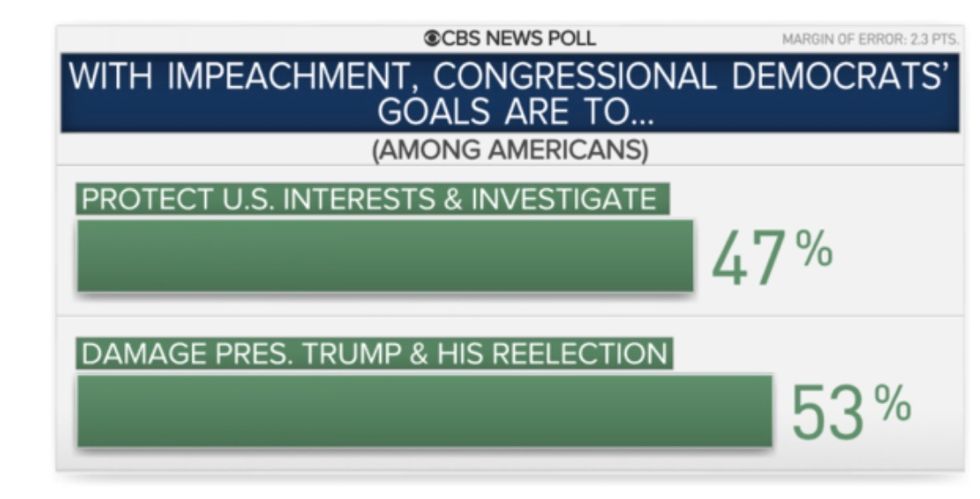 Most Americans think Congress will be too distracted by an impeachment inquiry to work on other legislation and issues. It's mostly those who disapprove of starting the inquiry in the first place who hold this view, but a third of Democrats also feel this way. However, when Democrats choose from a list of things Congress can spend time on, more say they'd like Congress to focus its attention on impeachment now than health care or gun policy, in particular.

Voices4America Post America. - Americans are coming to terms with the fact that Trump asked a foreign government to interfere in our elections, using our taxpayer money! The GOP will move too! Truth and time are on the side of American Democracy. Share this so everyone sees and feels our strength! ImpeachmentNow