The ad, currently running in McConnell's home state, features a group of coal miners living with black lung disease. Pike County miner Jimmy Moore goes on to describe a 10-hour bus ride the 120-person group took last month to appeal to the senator for a restoration of their disability benefits. The objective of the meeting was to request that lawmakers collect additional taxes from coal companies to offset the miners' medical costs.

"Ten hours on a bus, and we got to see him for all of one minute," Moore says in the video.

McGrath took to Twitter with the campaign ad, writing "Our coal miners risked their lives to fuel our country—but Mitch McConnell would only give a group of them with black lung disease a scant minute when they rode 10 hours to visit him in Washington. My question for McConnell: Which side are you on?" 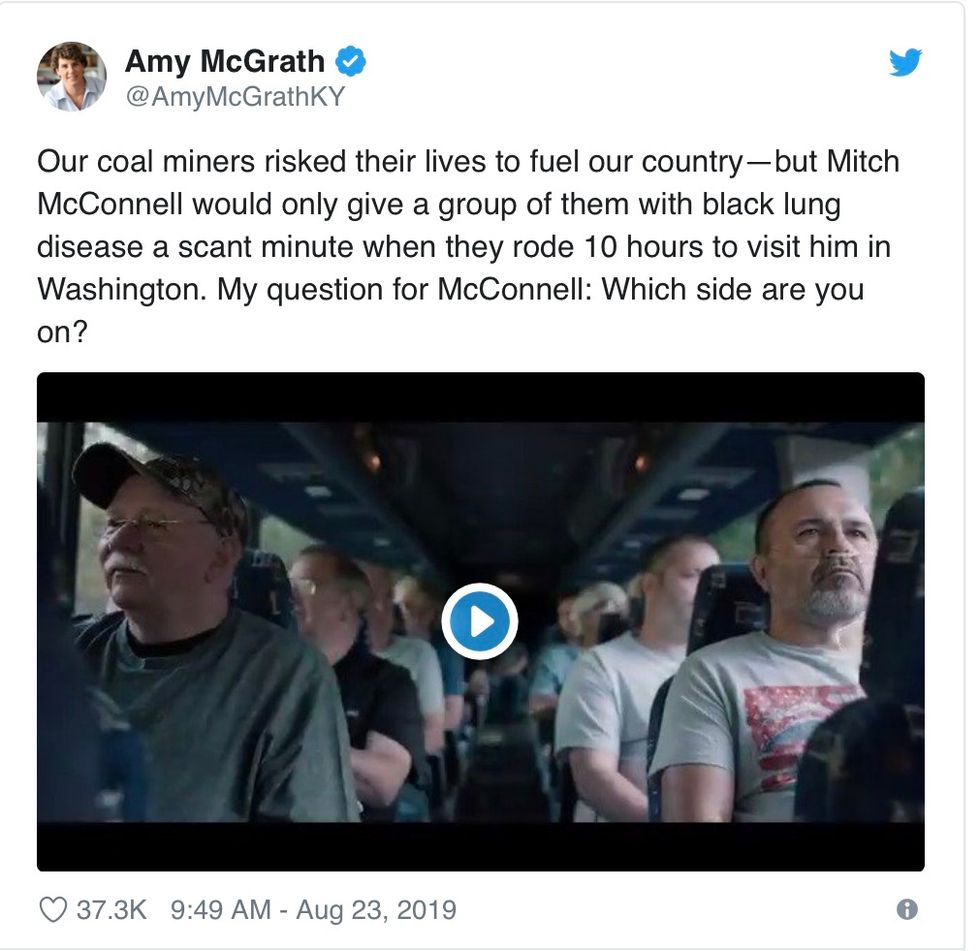 The former Marine fighter pilot quickly followed up, tweeting "Mitch McConnell has all the time in the world to cut taxes for rich people and corporations. But with time running out to protect coal miners with black lung disease, he's doing nothing."

Previously, coal companies were required to pay a $1.10 per ton excise tax in order to financially support the federal Black Lung Disability Trust Fund. Now, according to the U.S. Treasury Department, the trust fund has had to borrow more than $6 million to sustain itself.

McConnell spokesperson Stephanie Penn told Reuters in a statement last month, the senator is "working closely with interested parties regarding future funding for the program and will continue to ensure these important benefits are maintained."

In addition to air time across the state of Kentucky, Mcgrath's ad calling attention the coal miners' plight received a wide number of views within a few hours of being posted across social media platforms like Twitter and YouTube.

Democratic strategist and consultant Adam Parkhomenko expressed his admiration for the McGrath campaign, tweeting "Y'all are monsters. 664,000 views of 877,000 total views from you sharing this tweet in a matter of hours." 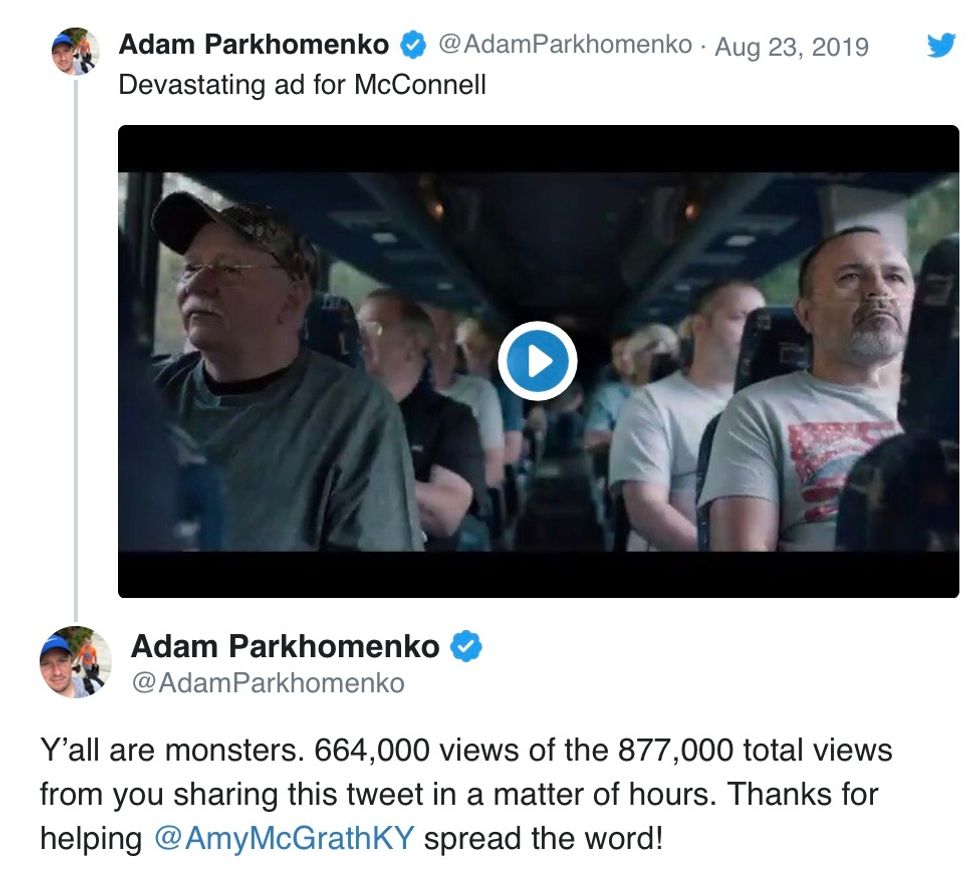 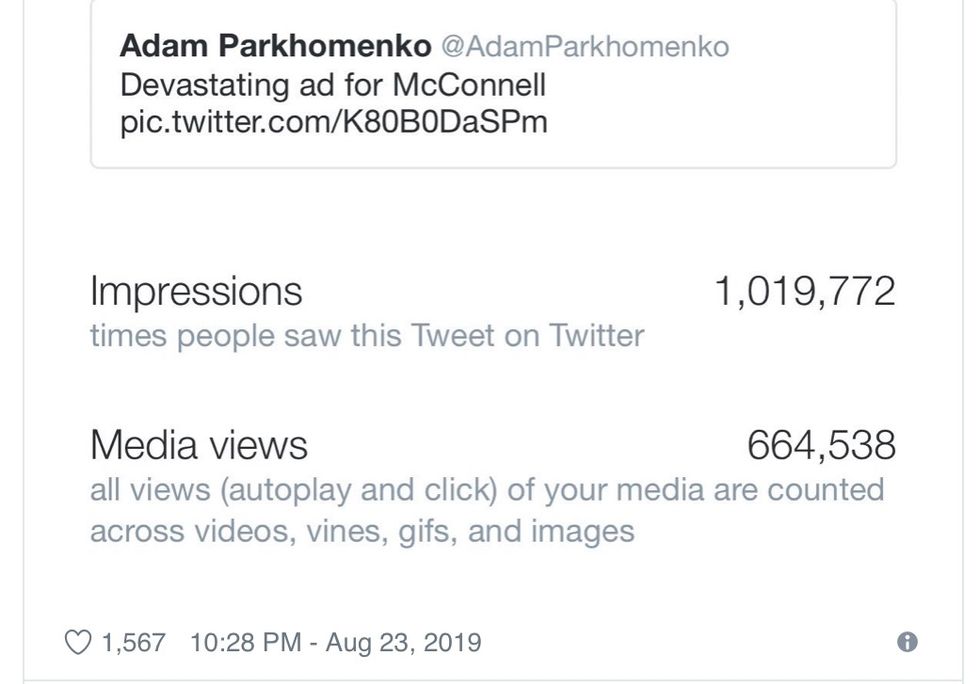 McGrath's ad has also garnered support from politically outspoken actor Sophia Bush, who reacted to the original Twitter by post by writing "THIS. I am so impressed by @AmyMcGrathKY and her fight for KY." 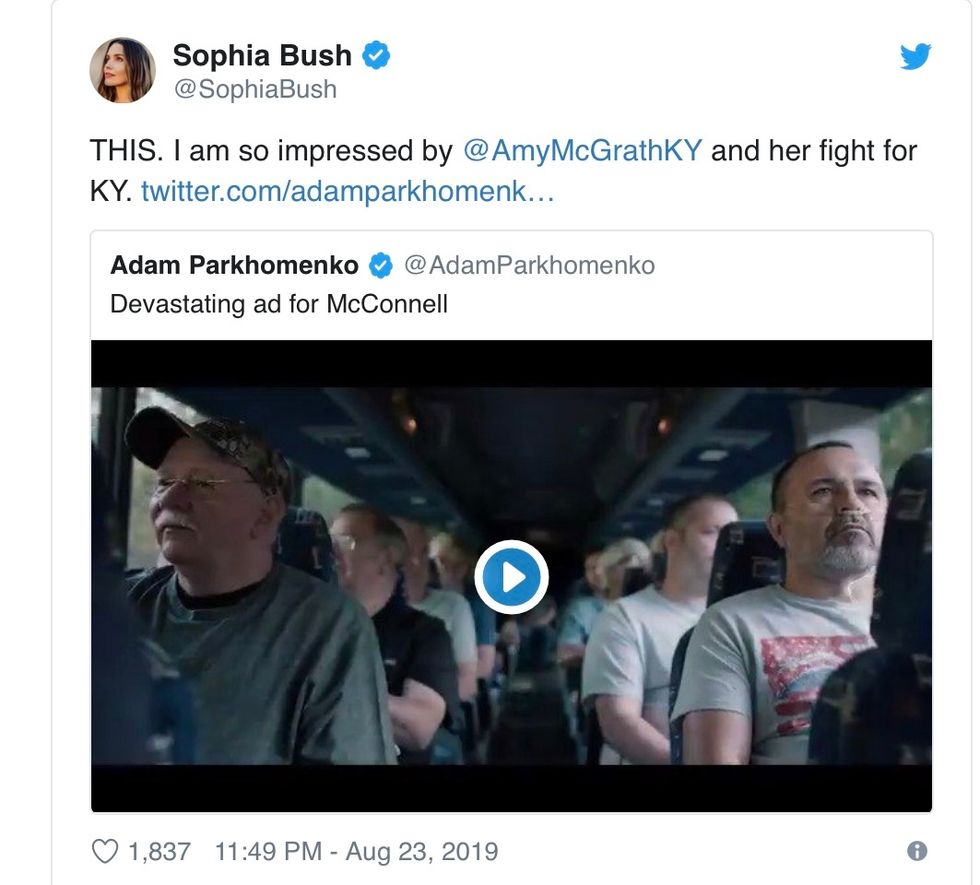 Senator McConnell and his team have not yet responded to McGrath's ad.