Look at the Picture by Ruth Marcus. 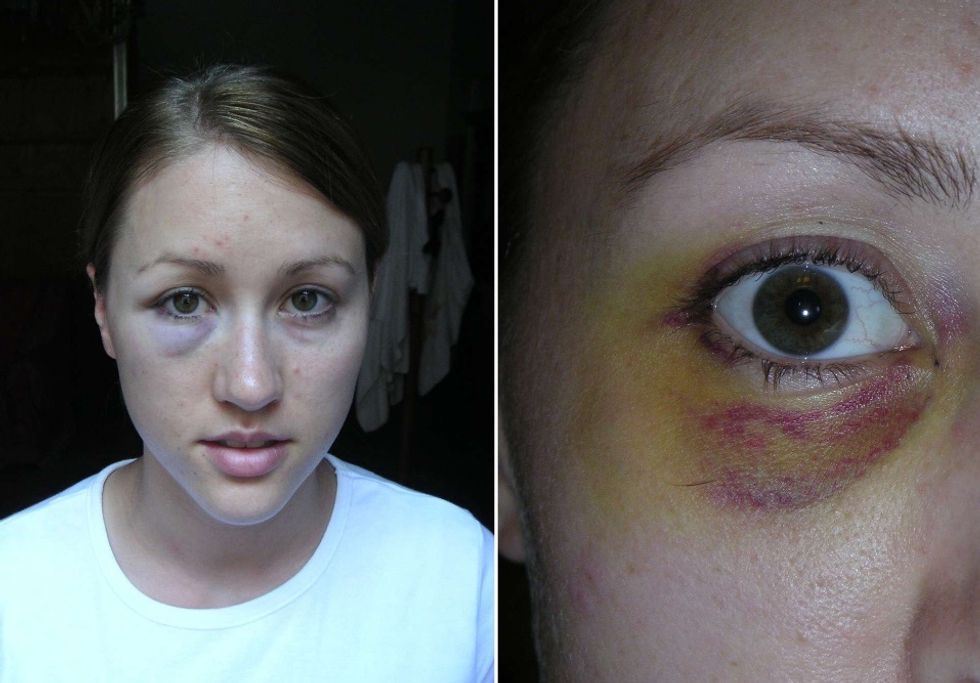 The picture, if you haven't seen it, shows Colbie Holderness, one of two ex-wives who have accused senior White House aide Rob Porter of physically abusing them. Porter, in the statement announcing his resignation Wednesday, declared that "these outrageous allegations are simply false. I took the photos given to the media nearly 15 years ago and the reality behind them is nowhere close to what is being described."

Okay, then, explain the photo, which Holderness says was taken after Porter punched her in the face on a trip to Florence. Bruises like this are not self-inflicted. Why does it matter who took the photo? The question is: Who committed the assault?

Explain Holderness's description, to the Daily Mail, which broke the story, of how, on their honeymoon, Porter "was angry because we weren't having sex when he wanted to have sex and he kicked me. . . . That was the first time he hurt me and then the doors opened. I didn't do anything and it continued." It always does, by the way. Once is never enough for abusers.

Explain the request for an emergency protective order from Jennifer Willoughby, Porter's second wife, after, she said, Porter "punched in the glass on the door" of their apartment when he refused to leave, in violation of their separation agreement. Explain the finding that "reasonable grounds exist to believe that [Porter] has committed family abuse and there is probable danger of a further such offense." Explain Willoughby's description, in a blog post, of how her husband "pulled me, naked and dripping, from the shower to yell at me." 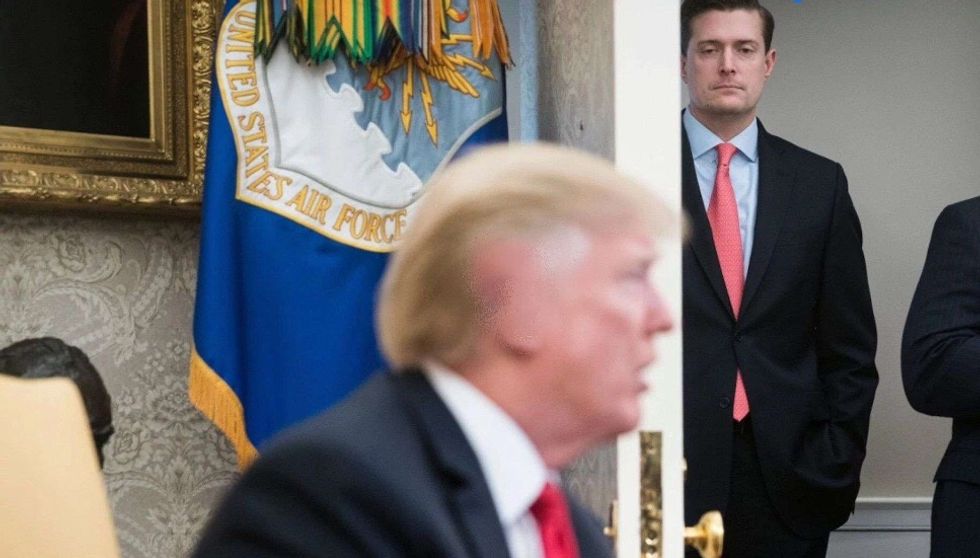 Rob Porter in the doorway. He has resigned from the White House, though he denies his 2 ex-wives' allegations of violence

Explain how this man could have been allowed to work at the White House after his ex-wives described this abusive behavior to the FBI.

Explain how White House Chief of Staff John F. Kelly, who reportedly knew of the FBI reports, could assert, in a statement circulated before and after the abuse photos emerged, "Rob Porter is a man of true integrity and honor and I can't say enough good things about him. He is a friend, a confidante and a trusted professional."

Yes, true integrity. Take a look at that photo, Gen. Kelly, and tell me how a man of integrity behaves. Hint: he doesn't wait until a dozen hours after that photo was released to assert he is "shocked" and that "there is no place for domestic violence in our society."

Explain, finally, how the White House, with this information public, can allow a man such as this to continue, even for a single additional day, to work there.

Let me proffer two categories of explanation. The first involves the reflexive tribalism of any entity, especially one that feels itself under siege. The Trump administration suffers from a singularly morally bankrupt strain of this tribalism, in which loyalty to President Trump is prized above all else and failings are ignored, especially failings that echo those of the president himself.

Recall how, after then-Trump campaign manager Corey Lewandowski was shown on video assaulting Breitbart reporter Michelle Fields, Trump described him as "a very decent man." Recall how Trump's first wife, Ivana, used the word "rape" in a divorce deposition to describe how her husband sexually assaulted her in a fit of rage; Ivana later said she did not "want my words to be interpreted in a literal or criminal sense" but that "as a woman, I felt violated."

But there is another phenomenon at work here that goes beyond the see-no-evil enablers of the Trump administration. It involves our continued societal resistance to the notion that domestic abuse knows no class barriers — that the best and the brightest are among the perpetrators. The wifebeater shirt can equally be a pinstripe suit.

I learned differently, early in my career, writing about the case of John Fedders, who resigned as enforcement chief at the Securities and Exchange Commission in 1985, after his wife accused him of years of beatings. "It happens to all classes of people," a domestic abuse counselor told me then. "It's just that when you have that much land around your house the screams are not heard by the neighbors."

The related delusion is that this private behavior has no public relevance, that the two can be conveniently separated. Indeed, Willoughby herself expressed this view. "I have the utmost respect for him professionally," she told the Intercept. "If there was to be a staff secretary in the Trump administration I hope to God it is Rob."

Not me. Not anyone who understands the true meaning of integrity.