While Twitter started labeling some of the president's inflammatory messages, Facebook's chief executive, Mark Zuckerberg, has said his company should leave them alone. 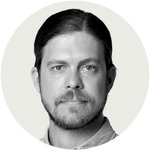 OAKLAND, Calif. — Hundreds of Facebook employees, in rare public criticism on Monday of their own company, protested executives' decision not to do anything about inflammatory posts that President Trump had placed on the giant social media platform over the past week.

Many of the employees, who said they refused to work in order to show their support for demonstrators across the country, added an automated message to their digital profiles and email responses saying that they were out of the office in a show of protest.

The protest group — conducting a virtual "walkout" of sorts since most Facebook employees are working from home because of the coronavirus pandemic — was one of a number of clusters of employees pressing Facebook executives to take a tougher stand on Mr. Trump's posts.

Inside the company, staff members have circulated petitions and threatened to resign, and a number of employees wrote publicly about their unhappiness on Twitter and elsewhere. More than a dozen current and former employees have described the unrest as the most serious challenge to the leadership of Mark Zuckerberg, the chief executive, since the company was founded 15 years ago.

"The hateful rhetoric advocating violence against black demonstrators by the US President does not warrant defense under the guise of freedom of expression," one Facebook employee wrote in an internal message board, according to a copy of the text viewed by The New York Times.

The employee added: "Along with Black employees in the company, and all persons with a moral conscience, I am calling for Mark to immediately take down the President's post advocating violence, murder and imminent threat against Black people." The Times agreed to withhold the employee's name.

Mr. Zuckerberg has argued on a number of occasions that Facebook should take a hands-off approach to what people post, including lies from elected officials and others in power. He has repeatedly said the public should be allowed to decide what to believe.

That stand was tested last week when Twitter added fact-check and warning labels to two tweets from the president that broke Twitter's rules around voter suppression and glorification of violence. But as Twitter acted on Mr. Trump's tweets, Facebook left his posts on its platform alone. Mr. Zuckerberg said Mr. Trump's posts did not violate the social network's rules.

"Personally, I have a visceral negative reaction to this kind of divisive and inflammatory rhetoric," Mr. Zuckerberg said in a post to his Facebook page on Friday. "But I'm responsible for reacting not just in my personal capacity but as the leader of an institution committed to free expression."

Mr. Zuckerberg spoke briefly with Mr. Trump in a telephone call on Friday, according to two people familiar with the matter. The call, which was previously reported by Axios, was described as "productive," though it was not clear what was said. Mr. Zuckerberg explained his position to employees in a live-streamed question and answer session later that day.

In a video of the session that was reviewed by The Times, hundreds of employees voiced opposition by posting comments alongside the session, and some questioned whether any black people had been involved in making the decision.

"The lack of backbone, and this weak leadership, will be judged by history. Hate speech should never be compared to free speech," one employee wrote. "The president (sic) is literally threatening for the National Guard to shoot citizens. Maybe when we're in the middle of a race war the policy will change."

Mr. Zuckerberg said the posts were different from those that threaten violence because they were about the use of "state force," which is currently allowed.

While there was some support for the chief executive during the livestream, the results of an internal poll taken during the session and posted by a staff member showed that more than 1,000 Facebook employees voted against Mr. Zuckerberg's choice. Nineteen of the respondents said they agreed with the decision.

A Facebook spokeswoman said Monday morning that executives welcomed feedback from employees. "We recognize the pain many of our people are feeling right now, especially our Black community," said Liz Bourgeois, the spokeswoman. "We encourage employees to speak openly when they disagree with leadership."

Mr. Zuckerberg's post last week explaining his decision on Mr. Trump's posts frustrated many inside the company. More than a dozen Facebook employees tweeted that they disagreed with Mr. Zuckerberg's decision, including the head of design of Facebook's portal product, Andrew Crow.

An engineer for the platform, Lauren Tan, posted about the situation on Friday. "Facebook's inaction in taking down Trump's post inciting violence makes me ashamed to work here," Ms. Tan wrote in a tweet. "Silence is complicity."

Two senior Facebook employees told The New York Times that they had informed their managers that they would resign if Mr. Zuckerberg did not reverse his decision. Another person, who was supposed to start work at the company next month, told Facebook they were no longer willing to accept a position at the company because of Mr. Zuckerberg's decision.

Over the weekend, several petitions circulated among Facebook employees calling for the company to make personnel changes and for more diversity of voices among Mr. Zuckerberg's top lieutenants.

In private online chats, employees have called for the resignation of Joel Kaplan, Facebook's vice president of global policy. Mr. Kaplan is seen as being a strong conservative voice within the company. In 2018, he upset some employees when he sat in the front row of the confirmation hearings of Supreme Court Justice Brett Kavanaugh, who was a close friend.

Roger McNamee, a venture capitalist who was an early investor in Facebook but in recent years has turned into an aggressive critic of the company, said Facebook's decision to leave Mr. Trump's posts alone was typical of a longtime pattern of behavior among big social media companies.

"Internet platforms that are pervasive — as Facebook and Google are globally — must always align with power, including authoritarians. It is a matter of self-preservation," Mr. McNamee said. "Facebook has been a key tool for authoritarians in Brazil, the Philippines, Cambodia and Myanmar. In the U.S., Facebook has consistently ignored or altered its terms of service to the benefit of Trump. Until last week, Twitter did the same thing."

Mr. Zuckerberg and Sheryl Sandberg, the company's chief operating officer, planned to host a call on Monday evening with civil rights leaders who have lashed out publicly against Facebook's protection of Mr. Trump's posts. The call was expected to include Vanita Gupta of the National Leadership Conference, Rashad Robinson of Color of Change and Sherrilyn Ifill of the NAACP Legal Defense and Educational Fund.

The civil rights leaders said they would push back on Mr. Zuckerberg's position on Mr. Trump's posts, which they see as violations of Facebook's community standards that do not permit voter suppression or the incitement of violence, even by political figures.

"It's really important for Mark Zuckerberg to contend with the fact that he is prioritizing free expression while our democracy is literally burning," said Ms. Gupta, who organized the call with the executives.

On Sunday, Mr. Zuckerberg wrote that he would be donating $10 million to groups working on racial justice. The move, coupled with his earlier post expressing solidarity with the demonstrators, did little to quell the internal protest.

Mr. Robinson, the civil rights group leader, said Mr. Zuckerberg's financial pledge was "one of the most insulting things I've ever seen." The donation of money, he said, doesn't change Facebook's policy of protecting Mr. Trump's comments that contain falsehoods and appear to violate the company's policies.

Facebook executives have long acknowledged that the company has failed to attract a diverse work force.

"There's a long history of Facebook, as a company, not seeing or being responsive to black employees," said Mark Luckie, who quit the company in 2018 and published a memo titled "Facebook is failing its black employees and its black users."

Like many Silicon Valley companies, Facebook had a severe lack of diversity, especially among executives, Mr. Luckie said in an interview. "When you don't have a diverse group of people at the top of the company, you don't understand the issues involved or why your employees are upset."

In 2014, 2 percent of Facebook's employees were black. In 2019, that number had increased to 3.8 percent, according to the company's diversity report.

In the post to the internal message board, the dissenting Facebook employee ended his comment with a quote from the Rev. Dr. Martin Luther King Jr., the slain civil rights leader.

"Our lives begin to end the day we become silent about things that matter," the quote read.

Voices4America Post Script. There is a rebellion going on at Facebook. Morality surfaces.This is what is going on. #FacebookRevolt #TakeDownTrumpLies

BTW. Meet Joel Kaplan, a conservative with an oversized influence at Facebook was appointed Vice President of Public Policy since Formerly, he served as the White House Deputy Chief of Staff for Policy for U.S. President George W. Bush.

He registered as a Republican in the 1990's. Previously he was an activist Democrat.

Prior to joining the White House Staff in January 2001, Kaplan worked as a policy advisor on the 2000 Bush presidential campaign.

Here’s why a new rule could result in Trump losing his diploma from Wharton.

Mary Trump’s Book accuses the President of embracing ‘Cheating as a Way of Life.’

Nurses who battled virus in New York confront friends back home who say it’s a hoax.

Trump would do anything for Putin. No wonder he’s ignoring the Russian bounties.

Penn probably won’t revoke Trump’s degree, though they should, His claim to a Wharton degree is a long time embarrassment to Penn. Share this. Scare Trump. #WillTrumpLoseWhartonDegree https://t.co/h0TjmqXIi7

Okay, open the schools. I have one caveat though. The person who ordered the opening should be tried for murder as soon as the first child dies.

Many people are saying that Donald Trump is a Russian money launderer.

Raise your hand 🤚🏻 if you didn’t have to pay someone to take the SATs for you.

Just finished reading Mary Trump's book - a modern day Bleak House. Even in the darkest of Dickens novels, no family is quite as mendacious, grasping and avaricious as the Trumps. Disturbing book.