President Donald Trump was expected to be greeted with denunciations from some El Paso leaders when he visits Wednesday.

U.S. Rep. Veronica Escobar, along with the Border Network for Human Rights and Women's March El Paso, plan a gathering at 12:30 p.m. in Washington Park. That's down the street from University Medical Center, where Trump is expected to meet with survivors of the shooting Saturday that left 22 people dead.

Organizers say the event is meant to honor those killed, call for gun control and confront white supremacy.

"El Paso was targeted for the horrific shooting because we are a welcoming city that advocates for immigrant families," the groups said in announcing the event. "We were targeted for fighting against the dehumanization of our immigrant brothers and sisters, for pushing back against the criminalization of our border and for denouncing President Trump's attempts to paint our communities as something they're not.""We are the nurses, physicians, and medical staff who have cared for those injured and killed in the terrorist attack on our community," the petition said. "Given President Trump's rhetoric on immigration, we believe that a visit to our medical campus will be harmful for both the families affected and medical teams caring for those families."

More than 300 people had signed the change.org petition in its first five hours online.

Lisa Moore, an obstetrician with privileges at two area hospitals, said she signed the petition because she worries the president has "created an environment of fear," especially for her Hispanic colleagues, in the wake of a shooting that specifically targeted people of Hispanic descent."Obviously the president of the United States did not put a gun in his hand or drive him here, but I do believe the president sets the tone that gives people the freedom to express things they previously wouldn't have expressed and do things they previously wouldn't have done," she said.

Several local officials have urged Trump not to visit the city, where he never has been particularly popular. He won only a quarter of the vote in El Paso County in 2016.

Trump is going to El Paso today. He is not wanted.

The El Paso mayor said this. "He is President of the United States, so in that capacity I will fulfill my obligation to meet with him." Adds he's received "emails & phone calls" about the visit and "that's why I'm saying what I'm saying now."

Trump to going to Dayton today. He is not wanted.

The Dayton Mayor said this. 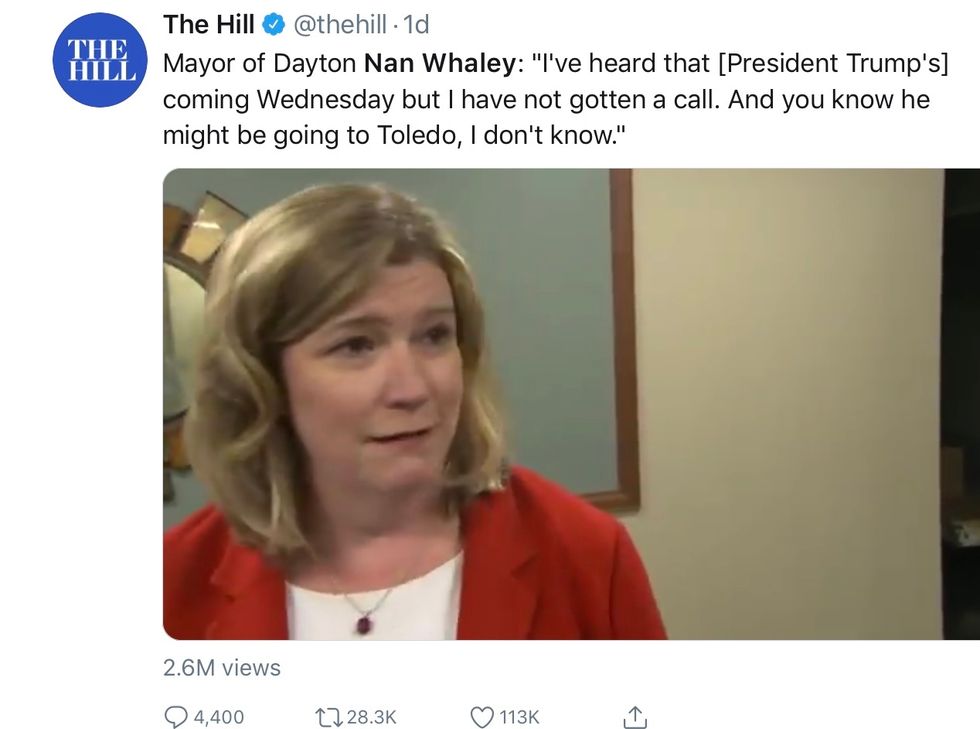 She also said this. 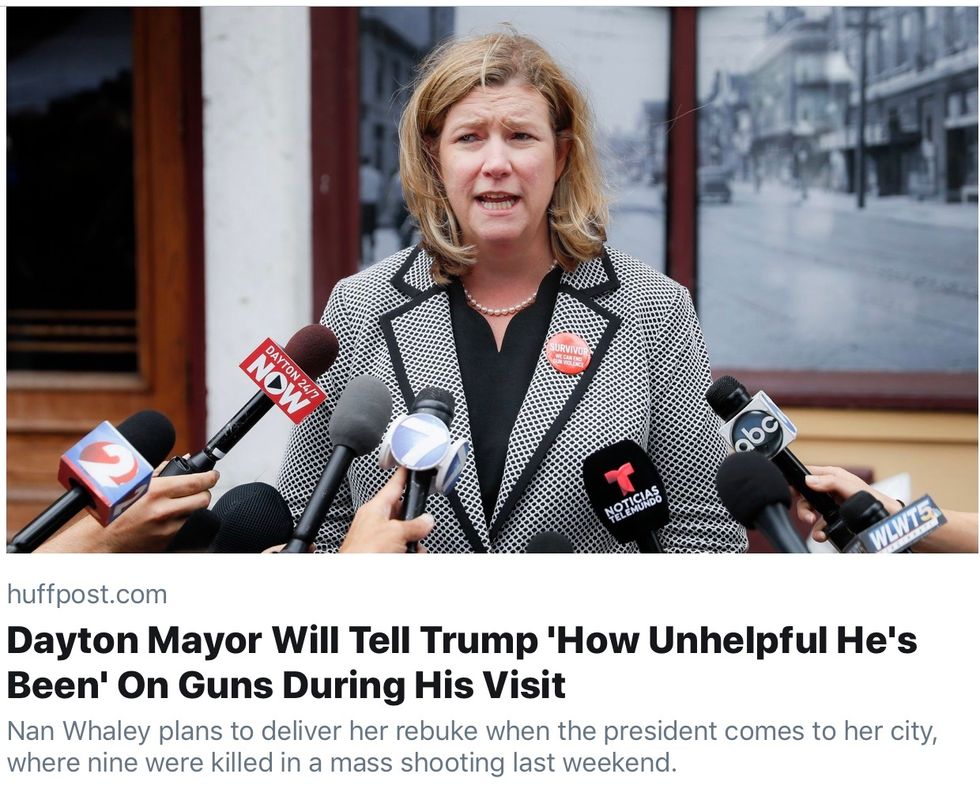 Why is this man in the White House! He doesn't care about Americans!

They don't want him in El Paso.

They don't want him in Dayton.

Maybe he should go to Toledo!?

Surely, he would be welcomed in Moscow!

Tomorrow we outline a simple way for Americans to hear from witnesses, even if the Republican Senate wants to block them. Given Bolton’s news tonight, it would profoundly betray our Constitution to try to prevent these witnesses from telling the truth. If Rs try,there is a remedy https://t.co/A6OsoJGgBb

‘Cat is out of the bag’: Trump supporter Byron York reverses and says GOP must allow Bolton impeachment testimony https://t.co/dzEP3AgceG

.@billieeilish made history more than once at last night's #grammys: https://t.co/8FVWi2IYmu

😱OMG. The top WH official responsible for preparedness & response to a deadly #pandemic quit, and the global health security team he oversaw was DISBANDED by then-NSA John Bolton in *May 2018*. @thespybrief h/t @911CORLEBRA777 #coronavirus #2019_nCov https://t.co/BwpRSHFgAY

And with this late night tweet the Very Stable Genius has legally waived executive privilege on John Bolton's testimony. Trump has now made their conversations public. History might show this was Trump's most self-damaging tweet. https://t.co/94tVkgoi7i

Send that text. Tell somebody you love them. Miss them. Or just glad they're around. Like that post you've ignored. Don't leave 'em on read. No matter what's gone down or going down. Today's a good day to do it.