Chef Anthony Bourdain recently clarified why he has refused to eat at any restaurant owned by Donald Trump. The television personality blasted chefs who "tacitly support" the president-elect's immigration policy by working for him in a tweet Thursday, while also noting the prevalence of undocumented immigrants in the restaurant industry.

"I am not 'boycotting' anything," Bourdain wrote. "I choose to not patronize chefs who tacitly support deporting half the people they've ever worked with."

The tweet came as a follow up to comments Bourdain made in an interview with Eater, which was published Wednesday. When asked about sushi chef Alessandro Borgognone's recent decision to move his restaurant to Trump's Washington D.C. hotel, Bourdain said he would "never eat in his restaurant" and felt "utter and complete contempt" for the chef. He went on to add:

"It's not helpful, that sort of thing [opening in a contentious hotel]. I'm not asking you to start putting up barricades now, but when they come and ask you, 'Are you with us?' You do have an option. You can say, 'No thanks, guys. I don't look good in a brown shirt. Makes me look a little, I don't know, not great. It's not slimming.'"

It ought to stoke fears in the restaurant industry, too.

The restaurant industry has already begun to struggle in response to declining immigration to the U.S. from countries such as Mexico, which has been a consistent source of cooks in American kitchens, The Washington Post reported.

The Bureau of Labor Statistics determined that 1.4 million of the 12.7 million restaurant industry workers were immigrants in 2010. And of the 2.5 million chefs in the U.S., 20 percent were undocumented immigrants in 2008, according to the Pew Hispanic Center. Bourdain also tweeted a photo of a Department of Labor form used to recruit temporary foreign workers in the agricultural and food processing industry. 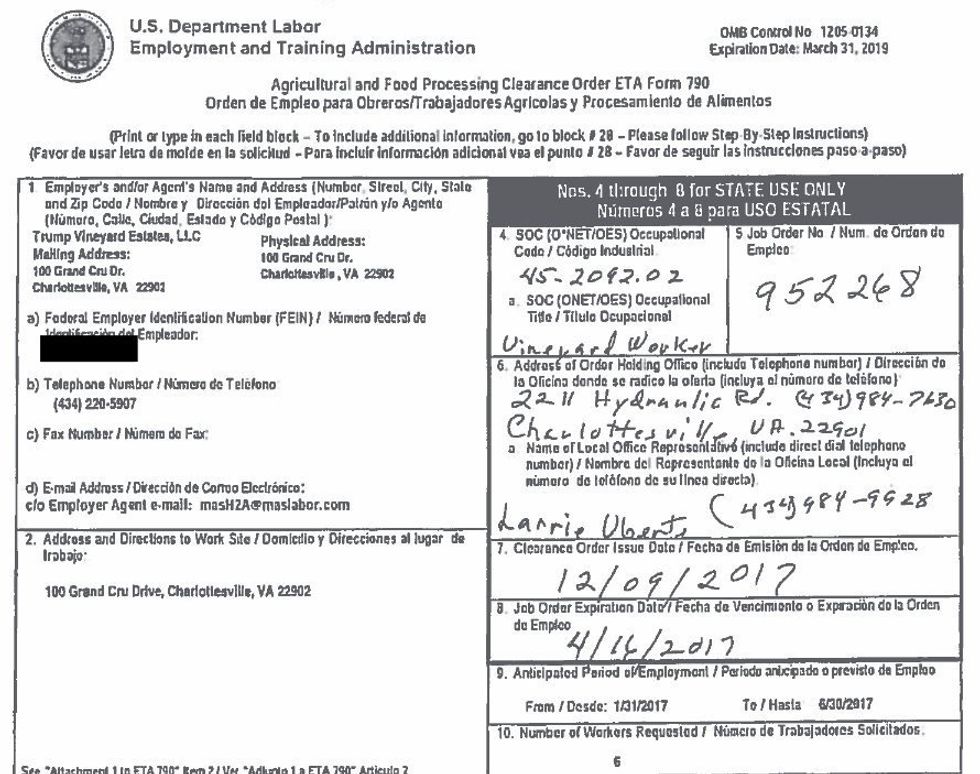 The specific form lists a Virginia winery owned by Trump's son, Eric, which indicates that the company is looking to import cheap, foreign labor. In total, Trump-owned companies have asked the department "to hire at least 263 foreign guest workers since he launched his presidential campaign," BuzzFeed News reported on Thursday.

While emphasizing the former reality television show host's anti-immigrant rhetoric, Bourdain's tweets also highlight his reliance on foreign labor - which is perhaps all the more reason to refuse patronage to Trump's restaurants.